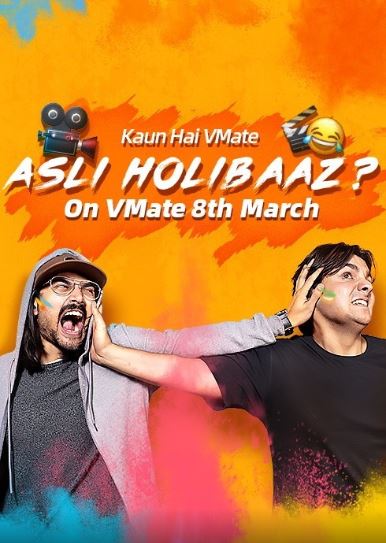 Our Favorite YouTuber ‘Bhuvan Bam’ and ‘Ashish Chanchlani’ will share a screen for a new ‘VMate’ video scheduled to release on 8th March. The trailer’s out now on both their Instagram and Vmate’s official app.

A new upcoming video is titled as ‘Kaun hai VMate ASLI HOLIBAAZ?.’ Trailers looks so funny and exciting as expected from both our stars. Video will premiere on 8th march and Lucky winners will receive gift hampers including Car and Smartphone, etc.

Its the first time we’ll be seeing both the stars in a same video. Are You excited to celebrate this Holi with your fav YouTuber’s.