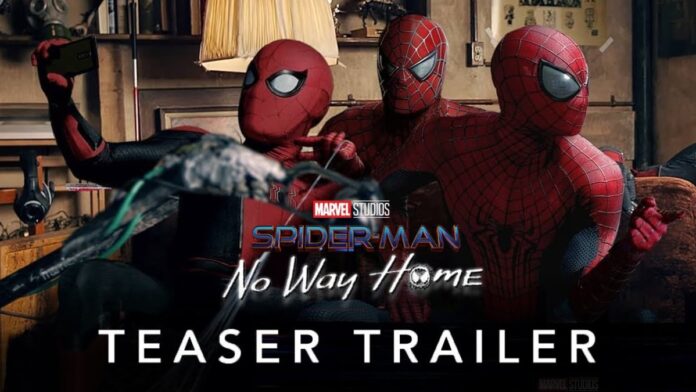 After months of speculation, rumours and even a leak, Sony Pictures has released the first trailer for the upcoming Spider-Man: No Way Home. This will be marked as the third Spider-Man movie to be part of the Marvel Cinematic Universe. The sudden release is deemed as a firefighting mode Sony adopted a day after the trailer was allegedly leaked online.

The trailer picks up after the events of prior film ‘Spider-Man: Far From Home.’ The protagonist of the film approaches Doctor Strange seeking help from him to make people forget the real identity of Spider-Man. In short, Peter wants to go back to the time when no one knew he was Spider-Man.

Strange in turn opens up the multiverse saying, “The problem is you trying to live two different lives. The longer you do it, the more dangerous it becomes. The multiverse is a concept about which we know frighteningly little.”

The trailer shows Peter experiencing the astral realm as the whole world seems to sink into the ground, speculated to be another dimension being combined. The film takes forward the multiverse concept introduced by Loki.

This will lead to reuniting the heroes. Despite such big things coming together, it was the return of previous super villains, Doctor Octopus, Green Goblin, Electro and Sandman that got the hype from fans on social media. However there were no signs of them in the trailer, except Doctor Octopus.