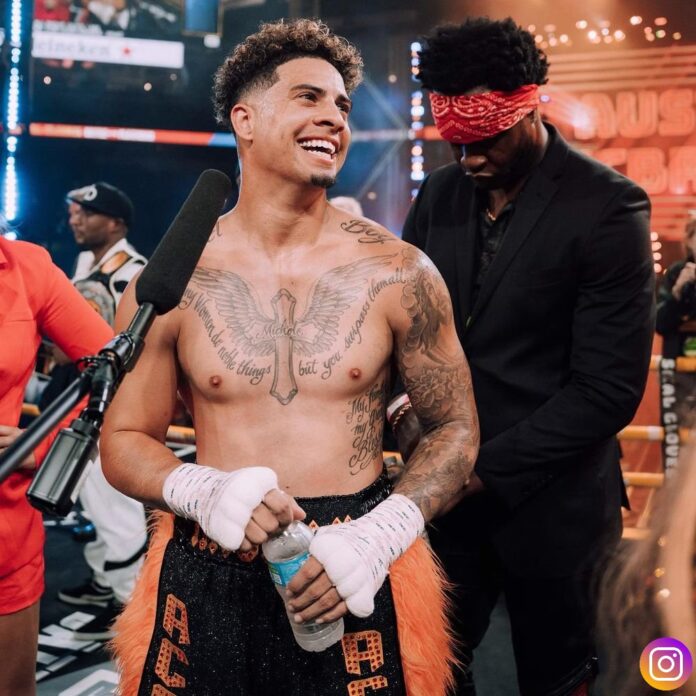 The boxing event that pitted TikTokers against top YouTube stars is all set to announce its second version. As the Instagram bio of Social Gloves suggests there is going to be a big announcement in January 2022.

YouTuber Austin McBroom is the owner of Social Gloves, he fought as the headliner in the YouTubers vs TikTok battle. Social Gloves Entertainment streams live the events which bring pop culture and boxing together. On June 12, 2021, the latest event of the Social Gloves was held at Hard Rock Stadium in Florida.

The main event of 2021 Social Gloves was between American TikToker Bryce Hall and American YouTuber Austin McBroom. The undercard included a fight between TikToker Tayler Holder and YouTuber AnEsonGib.

The initial two matches were live on social media sites for free. The event witnessed performances by DJ Khaled, Lil Baby, Migos, and Tripple Redd. Social Gloves was a pay-per-view that streamed live on LiveXLive.

The first Social Gloves event got massive support from the audience as their favorite stars fought in the ring. Unfortunately, the boxing event got involved in legal matters for claiming that the investors and fighters haven’t been paid. YouTuber Tayler Holder and TikToker Nate Wyatt recently filed a lawsuit against Social Gloves.

As the bio of the official Instagram handle of social Gloves mentions for a big announcement in 2022 January. As this suggests it might be a ShowStar Boxing event, in which Austin can be seen fighting again. All the posts on the account too got deleted which somewhat indicates the social gloves account might have got hacked.

While Austin is still Bankrupt how can he organize another event, this is the question that arises by the fans. Fans of the Social Gloves are pretty much excited for the 2022 announcement after the success of the 2021 event.