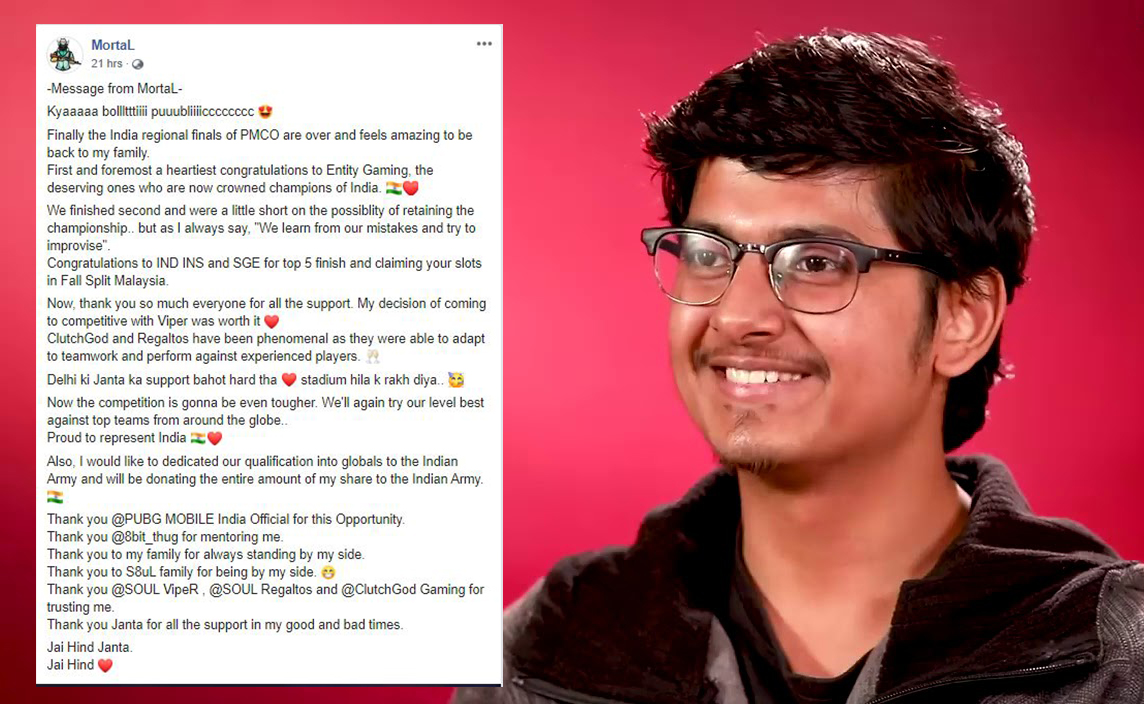 Mortal also thanked his teammate for being such a big support in game as well as off game,playing coordinating as a better team also he’s looking forward to learn from mistakes and perform better in Finals.