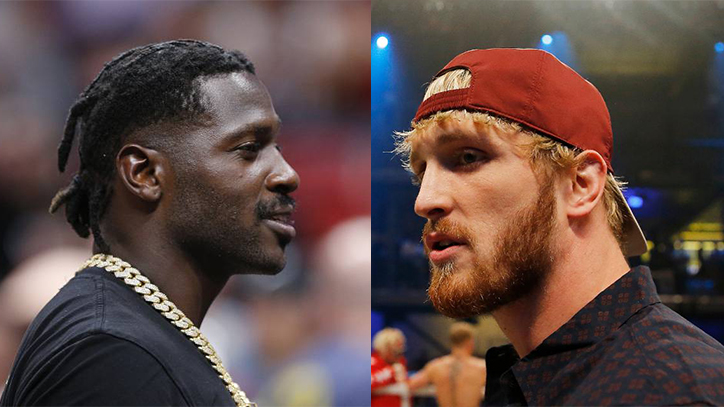 Paul brothers are the most Controversial YouTuber nowadays. With the end of Jake Paul vs Gib last month now it’s Logan’s turn.

As we all know, Last year’s, Logan Paul vs KSI attracted a lot of audiences and well-known personalities. Since then Logan has been challenging many for a boxing match including Floyd Mayweather, Antonio Brown..

Logan and Antonio Brown, professional athlete and footballer, met up face to face in person and rumors are swirling since then. Logan though managed to get a verbal confirmation then. But Antonio’s looking for Business says: ‘I havn’t agreed to fight yet’.

There’s a lot of trash talk between both the personality on Social Media. Logan never miss a chance to provoke Antonio whether its twitter or Instagram, recently reply to AB’s retweet .

To which Logan responded:

There’s no official word about their fight yet. They will be most probably facing each other in a boxing ring on April, if AB agrees.

Logan put up a great fight against KSI last year whereas Antonio is a former athlete wouldn’t take much time to get in shape.