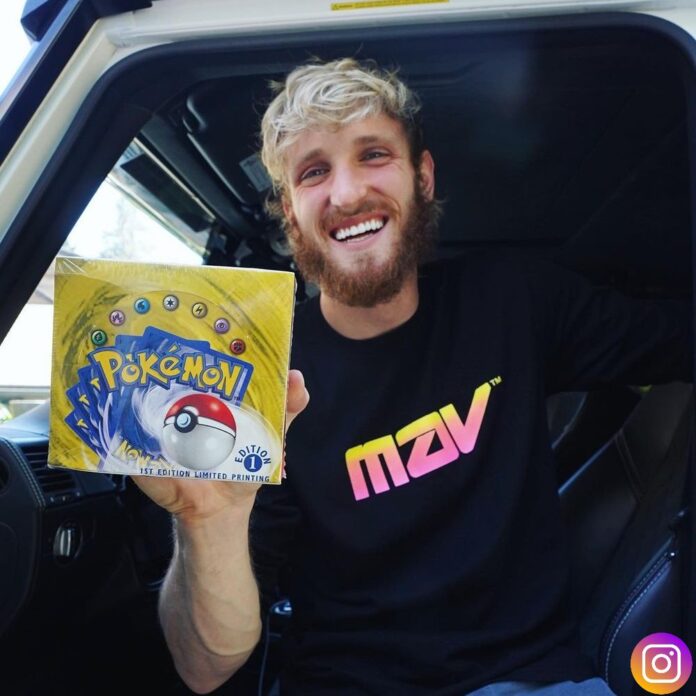 YouTube star Logan Paul has denied faking a $3.5 million Pokemon card scandal. He faked this scandal just for a publicity stunt and for content.

Last week Paul released a video of the unboxing of the cards where he found they were G.I Joe cards instead. Having wasted a huge amount of cash on what he believed to be a box of first edition cards.

Logan is been heavily criticized for faking the scandal in the name of content. While speaking on the Impaulsive Podcast he says, ‘ I see comments. They think I was acting. They think it’s fake. But it’s not. It’s not fake at all. Being in that room that night was incredibly sad. The energy and the tragic feeling in the room were so palpable.’

Further, he added saying, ‘ Three and a half million dollars on f**king G.I Joe. I cannot believe it. It was a sad day. That was a very sad day. You can’t just scam someone out of millions of dollars like that without legal consequences.’ Still, Logan has already received a refund of his $3.5 million loss. He may be looking sad, but he wasn’t left out of pocket. Paul believes that the publicity from his purchase will have helped to uncover the real scammers of the fake card.

Later he says,’ People have suggested making a documentary out of it. But more publicity then, eh?.’