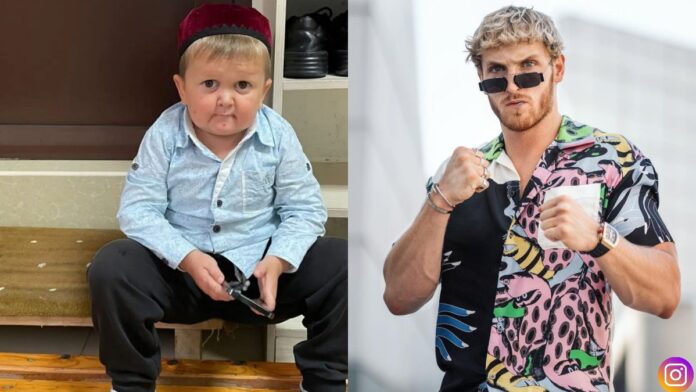 YouTube star Logan Paul doesn’t enjoy it when someone calls him for a fight. ‘Mini Khabib’ Hasbulla Magomedov seems to be an exception for Logan Paul.

Logan has praised Hasbulla many times, even before his bout against Floyd Mayweather in June 2021. Paul earned appraisal from all over the boxing community as he ended the exhibition stint in a draw. After that Logan hasn’t hinted at his next bout and is yet to lace the gloves.

Many of the potential fighters have emerged before Logan, that includes Mike Tyson the former heavyweight world champion. Hasbulla Magomedov has also called out Logan Paul, which he couldn’t ignore. He posted all this whole trend on his Social media to make us aware of it. Magomedov challenges Logan through a video saying, ‘ Hey you Logan Paul, next you. Challenge. Logan responded to it by saying, ‘ Called out by the king himself.’

Hasbulla emerged to fame by becoming a social media sensation for his impersonation of Khabib Nurmagomedov. Since then he has been close to umpteen fighters and has appeared in several UFC events.

UFC tried to host about between Magomedov and Abdu Rozik a few months back. It all got spiced up as UFC fighter Rafael Fiziev called out Hasbulla in August 2021. Now the Russian celebrity has eyes, Logan Paul, to remain in the news. Logan Paul has appreciated the efforts of Hasbulla Magomedov.