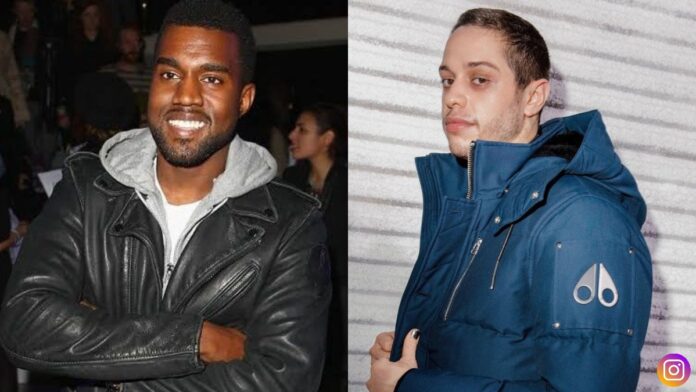 The “Eazy” drama of comedian Pete Davidson and famed rapper Kanye West isn’t over yet. After getting threatening by West American actors Davidson hired extra security.

Davidson and West came into the limelight on January 14, 2022, when Kanye’s new song “Eazy” featuring the game got released. The song included a lyric about how Kanye wants to “beat” Pete for dating his ex-wife Kim Kardashian. The lyric of the rap says, ‘ God saved from that crash just so I can beat Pete Davidson’s ass. After the song got leaked, a source told Radar Online that Davidson has hired extra security to protect himself from Kanye’s threats. Pete and Kim are been dating since October 2021.

The insider says, ‘ Pete isn’t worried about Kanye, but he is concerned about the massive fanbase that Kanye has. His divorced followers listen to his songs and act upon them. That’s why Pete is now using security. Pete was engaged to Ariana Grande from June to October 2018. According to the source, he never used security until he started dating Kim. Dating Kim got a different level of fame to Pete. Davidson now has become a superstar, which comes with a price.

Whenever Pete is out with Kim he never takes any chances, they use her security. But now Davidson needs his security when he is out alone. The dating of Kim and Pete sparked in October 2021. They both were photographed holding hands on a ride at Knott’s Scary Farm in California. They both confirmed their relationship on 18 November 2021, when they were pictured holding hands again.

After seeing pictures of Pete and Kim holding hands, Kanye Kim’s ex-husband was “put off”. Kanye is recently dating actress-model Julia Fox. It is exciting to see what further appears in the drama of the “Eazy” song.