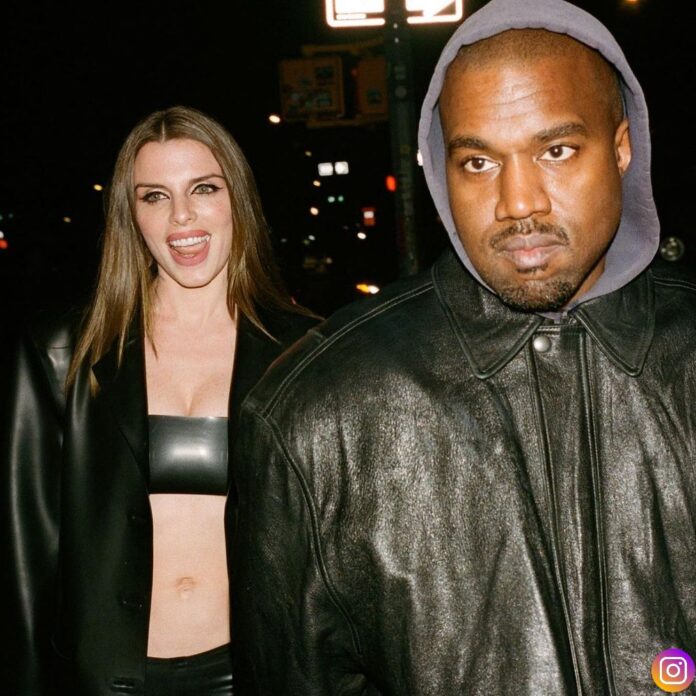 American rapper Kanye West have been grabbing headlines ever since his separation with Kim Kardashian. As per Page Six West and American actress and model Julia Fox are reportedly in open relationship.

The pair is seeing each other since the New Year’s Eve, as per the sources close to them. An insider close to Fox shares, ‘Their bond transcends typical norms because they’re evolved beings who just want each other to be happy. There is no jealousy or bad vibes.’

Kanye West is “openly seeing” model & Kim Kardashian look-alike social media personality Chaney Jones. He stepped out in Los Angeles Monday night with Jones. West, 44, has a plus one all set on the West Coast. The “Uncut Gems” star is “talking to” a mystery man on the East Coast.

For his upcoming album, “Donda 2” Kanye hosted a listening party. The attendees were Kendall Jenner and Travis Scott, and Kim Kardashian. Also, the attendance included Jones, who was dressed bizarrely similar to the Skims founder. Chaney Jone’s ensemble mirrored the outfit of Kim wearing a black catsuit at the 2021 People’s Choice Award. Recently there is plenty of drama in Kanye’s life. He had been calling out Kim Kardashian on social media, but West erased all of the accusatory posts.

All this drama hasn’t affected his relationship with Julia Fox. The actress shared an Instagram story saying, ‘Guys, relax. I unfollowed the fan accounts because I was tired of seeing myself. Suddenly Instagram was not a fun place anymore. I took the f-king photos down because I read the comments and everyone was like, Oh my God, you only posted photos you looked good in.’