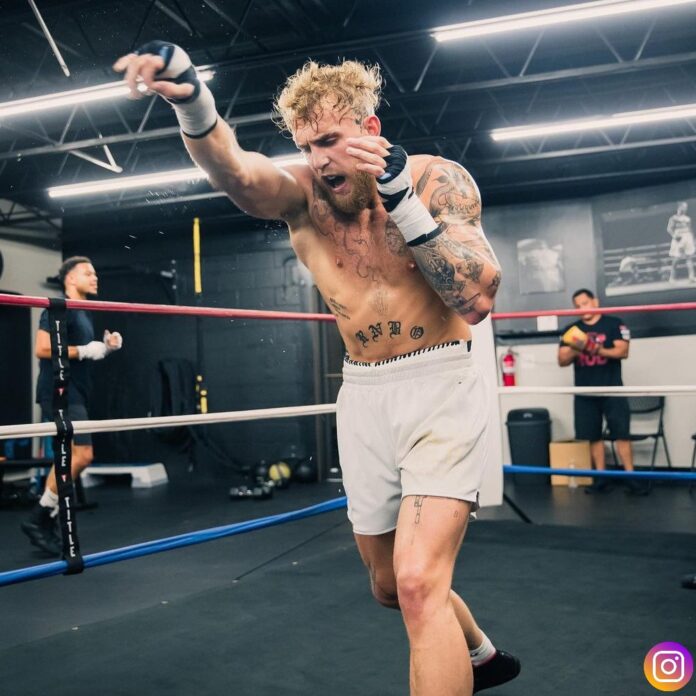 YouTuber turned boxer Jake Paul has established a huge lead in ESPN Ringside’s readers poll. The following poll is for the 2021 Knockout of the Year award.

The 24-year boxing star defeated rival Tyron Woodley in a brutal fashion earlier this month. In between the fight, Jake got a horrific cut on his forehead to stop Woodley. In the sixth round, Paul connected a sensational right hand KO on Woodley for victory.

Jake was initially set to fight against Tommy Fury. He extended his unbeaten streak of 5-0 after his brutal KO at the Amalie Arena in Tampa, Florida. The sensational KO over Woodley earned Jake a spot in ESPN’s Twitter poll for Knockout of the Year.

The ESPN Ringside conducted the poll on their handle @ESPNRingside. Alongside Paul KOs Woodley the other nominees included Fury KOs Wilder, Valdez KOs Berchelt, and Rosado KOs Melikuziev. Jake leads the poll by gaining over 57% of the total votes. While Fury KOs Wilder comes as runner-up with 36% votes.

Logan took to Twitter for supporting his brother bake by saying, ‘perhaps im biased but a youtuber knocked out a 5-time UFC champion in the cleanest way possible, im not sure this is up for debate’.