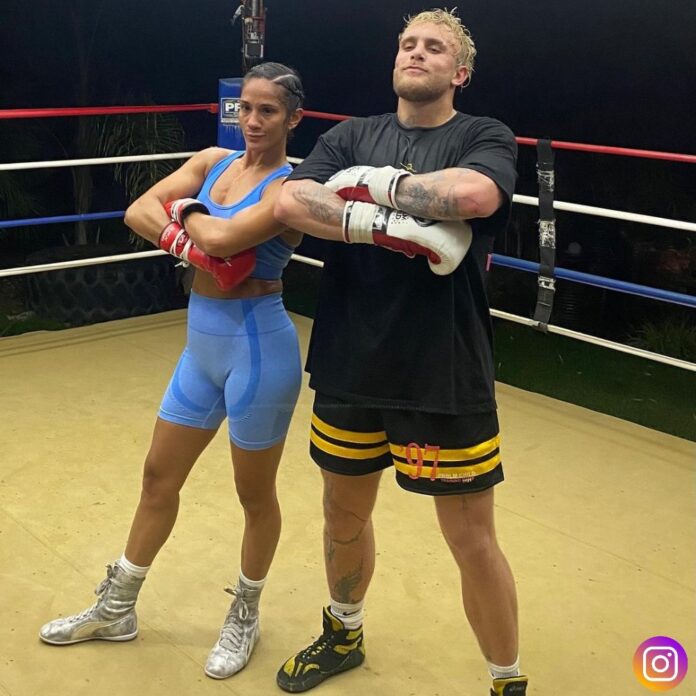 Youtube star Jake Paul has definitely created huge waves in the internet world with his boxing ventures amassing millions. Jake Paul showcased a brutal knockout victory over Tyron Woodley. Along with him, Amanda Serrano is also getting the recognition she deserved for so long.

Recently, The Epsn Ringside Twitter account shared a poll for the 2021 Knockout of the Year award. The nominations featured Paul brutal knockout on Woodley to extend his winning streak to 5-0 at the Amalie Arena in Tampa, Florida.

Along with Paul other nominations included Fury KOs Wilder, Valdez KOs Berchelt, and Rosado KOs Melikuziev. His brother showed support saying , ‘perhaps im biased but a youtuber knocked out a 5-time UFC champion in the cleanest way possible, im not sure this is up for debate’.

Now, the Twitter account of ESPN Ringside announced that Jake Paul KOs Tyron Woodley won to became the Knockout of the Year. Also, they had another huge annoucement for the YouTube as well as his newly signed fighter.

Unified welterweight champion Amanda Serrano who was earlier signed to Paul’s Most Valuable Promotions, also secured an award for herself. Ringside announced that the champion fighter is declared as Women’s Fighter of the Year.

With such increasing recognition for both fighters, its difficult for any other fighter to overtake them.