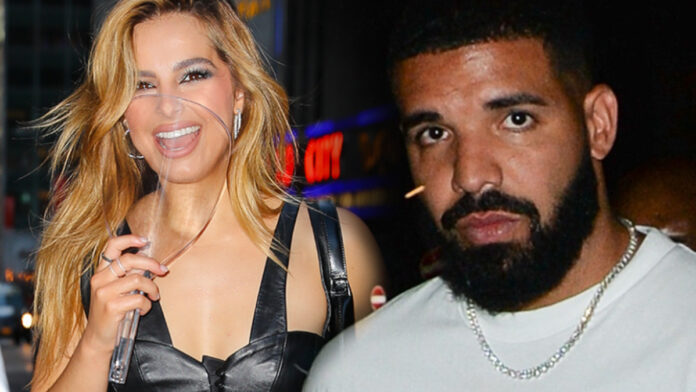 When fans first saw the post, they found it hard to believe that it was from Drake’s real account and not a parody. In the “bizzare” picture you can see Drake with his tongue out in a quirky way and a “white” hand on his forehead with nail paint and a watch.

The picture in the post captioned, “I can’t make plans with you I don’t even know when I’m gonna see sleep.” was last in the slide of seemingly “normal” pictures and therefore it was naturally the one that received most attention. One user wrote, “last slide wth going on bro”, the others said, “Da hell is the last slide.” & “not you letting Drakiana out”.

Reaction from other fans and people who saw the picture were similar. If you have ever been on stan twitter, you will be quick to realize that the picture is similar to the edited ones Stan Twitter people post as “reaction memes”. So it’s possible that Drake just picked this picture off of a Stan account.

We could tell that the hand in Drake’s picture is not his, but whose was it was something no one could tell, that was until TikTok star Addison Rae recognized herself and pointed out on her Twitter account that that’s her in Drake’s new post. “This was way too familiar” Rae wrote.