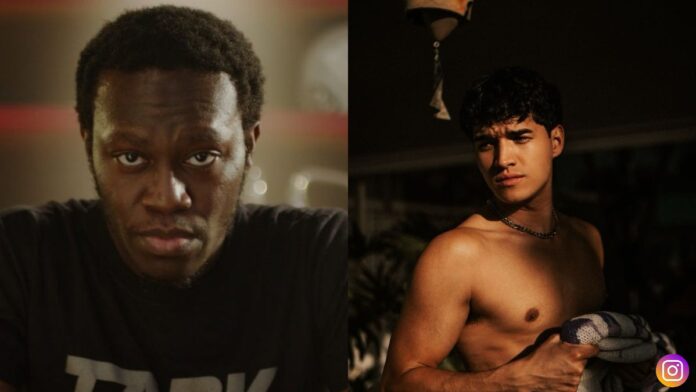 YouTube stars Deji and Wassabi are all set to fight against each other in the boxing ring. Fans of both YouTube icons have set the internet on a buzz after this announcement.

Oladeji Daniel Olatunji aka Deji is a well-known British Youtuber. While Alexander Alex Burriss popularly known as Wasabi is an American YouTuber. Both the YouTubers will be seen facing each other in the YouTube boxing match.

The YouTube boxing match was in its infancy back in 2018. The first boxing match took place in February, which featured KSI and Joe Weller sparring it out. Deji was the first YouTuber who was influenced by the boxing action. He was very vocal about fighting with another YouTube star Logan Paul that time.

In early March plans were set for the boxing bout between Deji and Logan. But the plans for the ultimate bout fell through. After all that, Deji posted a video saying the fight was off and he is searching for an opponent. Deji mentioned Wassabi as a potential fighter to fight against. This marked the long beginning between the creators.

After seeing Deji calling him out, Wassabi responded in the YouTube video. In the video, he attempted to expose Jake Paul, Logan Paul, and KSI for faking beef. As per Wassabi, these YouTubers turned fighters were staging beef to promote their fights. The same year in August, KSI and Logan Paul face off for the first time. Later Jake Paul’s defeat against Deji in the co-main event. After this bout, Deji again raised his voice desiring to fight against Wassabi.

Later on, the controversies between the two started to heat up. Deji posted a YouTube video on 4th January 2022 titled ‘ Who am i fighting next’. In that video he brought up the possibility of a bout against Wassabi. Deji teased Wassabi by calling him ‘Waste man’ in the video.

Wassabi was quick to respond to Deji’s video. Someone needs to humble Deji. Later he posted a video teasing a potential fight between him and Deji. Through his video titled ‘Ready for war,’ Deji announced his flight against Wassabi. Both the stars will be facing each other in the Wembley Arena on Saturday, March 5th, 2022.