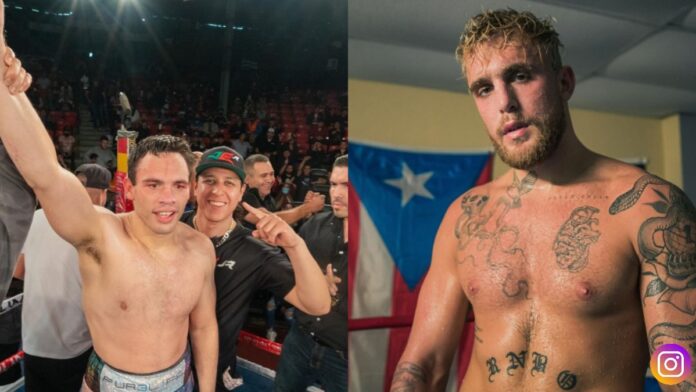 Professional boxer Chavez Jr says he would retire if he losses to YouTuber Jake Paul. According to reports, Chavez Jr is already being lined up as Jake’s next opponent.

Since losing to Canelo Alvarez in 2017, the 35 year old Chavez has lost three of his last five fights. While Jake shocked the world by knocking out Tyron Woodley and extended his record to a perfect 5-0.

Meanwhile, Chavez Jr is all set to make his comeback after a dropping split decision earlier this year. He is so confident of victory over Jake that he insisted he will not receive any amount at all if he loses to Paul. But if Paul manages to beat him, Chavez will hang his boxing gloves to spare him from further embarrassment.

‘I can only talk about myself, not about other people, I am not here to criticize anyone. I hope I can get a few million [for a fight with] with Jake Paul’.

Further he added, ‘If he beats me, I’ll retire, I don’t get paid. I don’t want money if I don’t beat him. Retirement [if I lose], [and I’m] not interested in his money if I do not win’.

Paul currently is enjoying a much needed vacation after his third fight this year. Speaking after the fight Jake said, ‘I’ve done it all, I’ve accomplished what I want to accomplish. I need to take a break, I’ve been going at this non-stop for a year and a half and it’s a lot’.

‘I’m exhausted, I need to spend time with my family at Christmas and go on a vacation, I haven’t gone on a vacation since I was 18 years old. I told myself ‘not until you feel like you’ve got to a place in life where you deserve a vacation’ and I deserve it now’.

‘I’m going to go on my first real vacation where there’s no obligations, because I’ve gone on vacations where I have to film it, vlog it, do interviews and wake up at a certain time to work out. I’m going on a real vacation and doing backflips into the water – I’ll come back whenever I feel like it’.