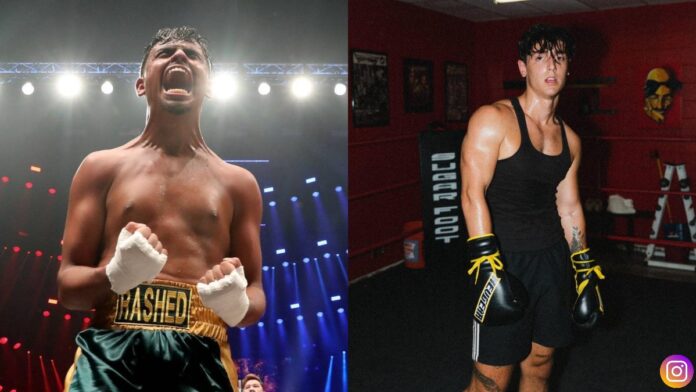 American social media personality Bryce Hall is all for a fight with popular kid Moneykicks. Bryce challenged Moneykicks for a boxing fight through Instagram.

Bryce Hall is a social media personality well known for his TikTok and YouTube videos. He has over 21 million followers on his TikTok account and over 3.5 million subscribers on YouTube. Bryce had a Twitter beef with Austin McBroom in March 2021. A boxing match was booked between them, which turned into a new event called YouTubers vs TikTokers.

Money kicks aka Rashed Belhasa is a YouTuber and an actor. He mostly shares his fashionable outfits and a luxurious lifestyle on his Instagram account. He currently has 3.21 million subscribers on his YouTube channel. Rashed made his debut in his boxing career with a fight at Social knockout.

The fight between YouTubers and TikTok stars is quite famous nowadays. Bryce Hall texted Moneykicks for a fight saying “I’ll box you”. Money kicks accepted Hall’s challenge by posting an Instagram story saying, “SOMEONE IS GOING TO SLEEP”.