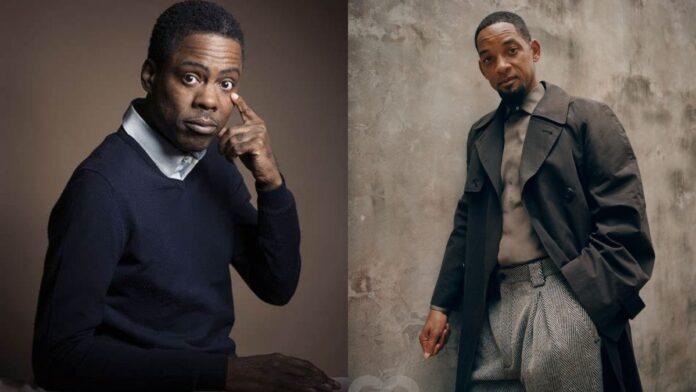 American actor, rapper, and film producer Will Smith Slapped American Comedian Chris Rock on the Oscar stage. Will hit Rock after the comic made a joke about the actor’s wife Jada Pinkett Smith.

In an apparent reference to Jada’s shaved hairdo, Chris Rock said, ‘Jada, can’t wait for GI Jane 2.’ Will got up from his seat and struck Rock before returning to his seat. Will Smith shouted saying, ‘Keep my wife’s name out of your [expletive] mouth.’

On winning the Oscar he said, ‘Art imitates life. I look like the crazy father, just like they said about Richard Williams. But love will make you do crazy things.’ ‘does not condone violence of any form’, The Academy of Motion Picture Arts and Sciences, which organizes the Oscars, tweeted.

Will Smith later attended the Vanity Fair Oscar party with sons Jaden and Trey, his wife, and his daughter Willow. Smiling for photographers and posing with his award on the red carpet. The other guests who attended reacted to the incident. Filmmaker David Furnish says he tells his sons with Elton John ‘don’t hit anybody… under any circumstance.’

Tiffany Haddish defended Will, saying he had been standing up for his wife. ‘And that’s how we do it’, Jaden Smith tweeted after his father hit Rock. Star Wars actor Mark Hamill called it ‘the ugliest Oscar moment ever.’