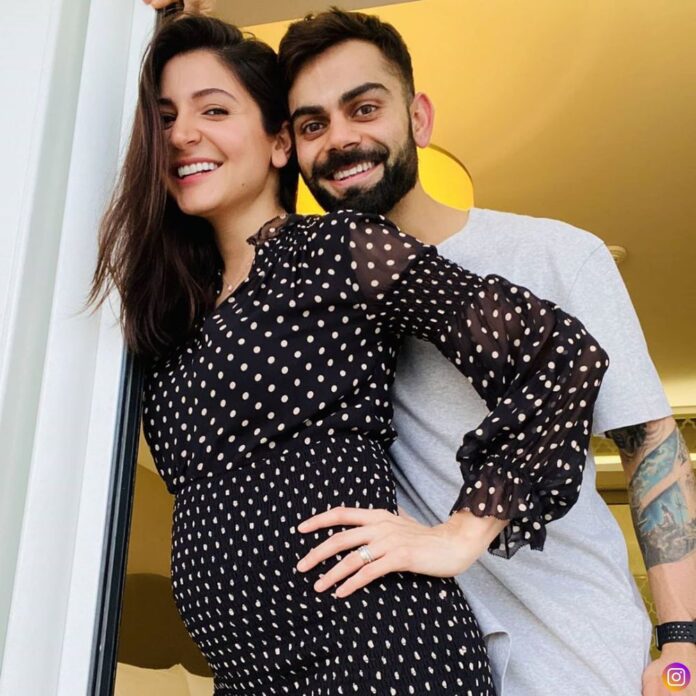 Happiness is on its way as Virat Kohli and Anushka Sharma are all set to welcome a baby. Announcing the couple’s pregnancy, Virat Kohli posted on Instagram, “And then, we were three! Arriving Jan 2021”. With the post is a picture of couple with Anushka in stunning black and white polka dot dress, flaunting her baby bump as she posed alongside to Virat.

The actress Anushka Sharma also shared the same picture on her Instagram account. Bollywood showered love on their announcement, lot of stars were seen congratulating the couple in the comments section. Varun Dhawan, Alia Bhatt, Parineeti Chopra and many more shared congratulatoy messages.

People from sports fraternity, including KL Rahul and Sania Mirza, also wished her.

The couple after being together for many years tied their not in Italy in December 2017. SInce then there were many rumors and speculation of Anushka being pregnant as her last screen apperence was in 2018 and no further projects announced. Virat Kohli is currently in the UAE, where he has travelled to participate in IPL 2020. The popular Indian captain is in quarantine, ahead of the Indian Premier League.

Interestingly this is the second pregnancy announcement in the same month. Earlier, Kareena Kapoor and Saif Ali Khan has also announced theri