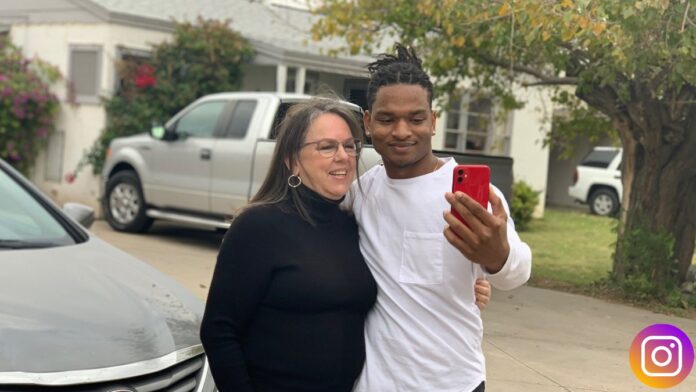 The grandma who went viral for sending an accidental Thanksgiving dinner invite to a random teenager shared the news of her getting a partnership with Netflix.

On Friday Netflix confirmed to NBC News of making a feature film based on the real story of Jamal Hinton and Wanda Dench, “The Thanksgiving Text”

Jamal Hinton, the stranger who received the text from Grandma Wanda Dench five years ago, first shared the news on Thursday through a tweet.

The beginning of the story started in 2016 when Hinton received a text specifying Thanksgiving dinner would be served at 3 p.m. Hinton previously told NBC News, “I thought it was either a wrong number or my grandma learned how to use a phone correctly”.

After the text, Hilton received he asked for a photo, getting a selfie in return of the woman Wanda Dench who was unrecognizable and of no relation.

Hilton replied in a fun way:  “you not my grandma. Can I still get a plate tho?” On which Wanda replied “Of course you can,” she replied. “That’s what grandma’s do …feed every one.”

The story of the grandma and the teenager went viral on social media in no time and started an unlikely friendship and the Thanksgiving tradition that continued for the next six years.

The last year since Dench’s husband, Lonnie who passed away in April 2020 from COVID-19 was the first Thanksgiving without him.

Dench and Hilton together said in a statement “We are excited to share our story with the world,” “We hope it inspires more people to reach out and make connections that they wouldn’t ordinarily make.”

Further, they added, “We are so blessed to find a genuine friendship brought together by God from a mistaken text message”.

The writer of the film will be Abdul Williams and will be produced by Robert Teitel and George Tillman. The cast and director of the film have not yet been set by Netflix.