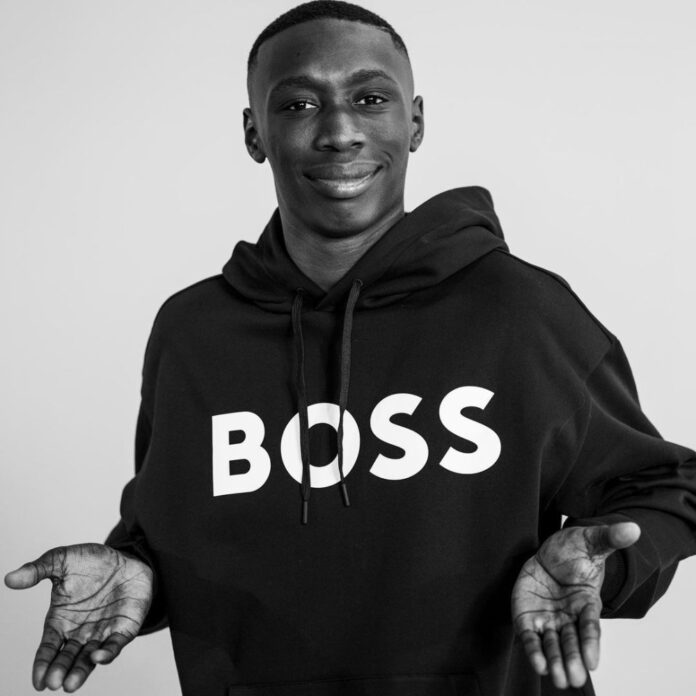 A Senegalese-born comedian has officially become the most followed TikTok star in the world. Khaby Lame, 22, who posts under the name @khaby.lame, passed American Charli D’Amelio. Who until today had held the top spot since 2020.

Reaching 142.5 million followers overnight, Lame crept past D’Amelio’s 142.2 million after a months-long tight follower battle. Lame – who came from poor beginnings – joined the platform in 2020 after being laid off from his factory job. Since then he has met celebrities, been invited to glitzy events and galas. Landed sponsorship deals with the likes of Hugo Boss.

Lame – whose videos largely consist of him silently mocking other Tik Tokers – was born in Senegal. Moved to Chivasso, Italy, at the age of one. Though he was raised poor – his grew up living in public housing units with his parents. Lame says he owes everything he has become to those humble beginnings. Public housing is a place to which I owe everything,’ Lame told Olhar Digital last year, ‘They taught me education. Allowed me to cultivate many bonds.’ In 2020, Lame was working as a machine operator at a factory in Turin. As Italy was consumed by the pandemic in its earliest days. Lame was laid off from his job and left unemployed.

‘The pandemic had just started. I was bored with a lot of time on my hands so I started making videos on TikTok,’ he said. He began making videos in which he would mock ‘life-hack’ videos made by other users. Acting out simple ways to do what they made complicated, and topping it off with a wide eyed stare or a shrug. Lame’s signature touch is never saying a word in his videos.  ‘I came up with the idea because I was seeing these videos circulating. I liked the idea of bringing some simplicity to it,’ Lame said to CNN last year, ‘I thought of a way to reach as many people as possible. And the best way was not to speak.’