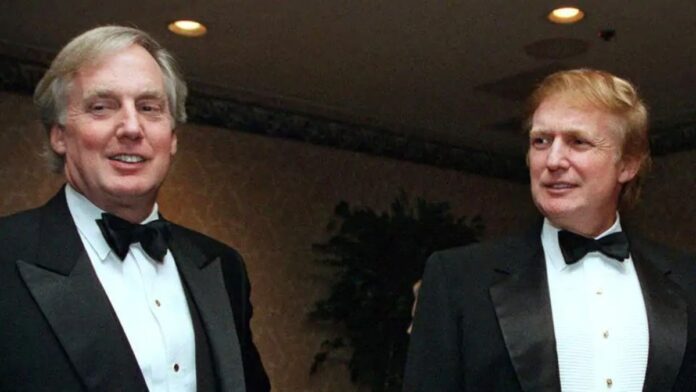 US President Donald Trump said that his younger brother, Robert Trump, died on Saturday night, a day after the president visited him in a New York hospital.

“It is with heavy heart I share that my wonderful brother, Robert, peacefully passed away tonight. He was not just my brother, he was my best friend. He will be greatly missed, but we will meet again. His memory will live on in my heart forever. Robert, I love you. Rest in peace,” Trump said in a statement.

The president visited his brother at a New York City hospital on Friday after White House officials said he had become seriously ill. Robert Trump had been hospitalized in ICU for several days at Mount Sinai hospital in New York

The cause of death was not disclosed by President Trump. He told the reporters that his brother was “having a hard time” with an undisclosed illness.