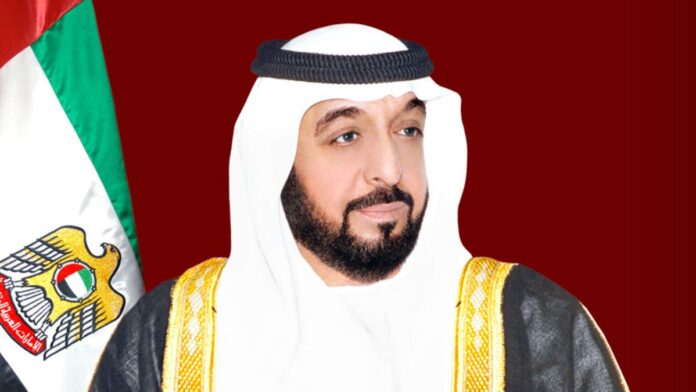 Sheikh Khalifa bin Zayed Al Nahyan, the president of UAE has passed away. Country to begin 40-days of mourning.

On Friday at the age of 73 The United Arab Emirates President, Sheikh Khalifa bin Zayed Al-Nahyan died. He was battling illness for several years, state media said. The president of the oil-rich Gulf state, was rarely seen in public. He is likely to be replaced by his half-brother, Abu Dhabi Crown Prince Mohammed bin Zayed. Mohammad was already seen as the UAE’s de facto ruler.

“The Ministry of Presidential Affairs has mourned to the UAE people, Arab and Islamic nations, and the world the death of President His Highness Sheikh Khalifa bin Zayed Al-Nahyan,” the official WAM news agency tweeted. After the death, the ministry announced 40 days of mourning. They also announced flags at half-mast from Friday and work suspended in the public and private sectors for the first three days.

Indian prime minister Narendra Modi posted a tweet sharing his condolences, “I am deeply saddened to know about the passing away of HH Sheikh Khalifa bin Zayed. He was a great statesman and visionary leader under whom India-UAE relations prospered. The heartfelt condolences of the people of India are with the people of UAE. May his soul rest in peace.”

In November 2004 Sheikh Khalifa took over as the UAE’s second president. Succeeding his father as the 16th ruler of Abu Dhabi, the richest of the federation’s seven emirates. “The Emirates has lost its virtuous son and leader of the ‘stage of empowerment’ and the trustee of its blessed journey,” Mohammed bin Zayed tweeted on Friday. “His stances, achievements, wisdom, generosity, and initiatives are in every corner of the nation… Khalifa bin Zayed, my brother… may God have mercy on you and grant you access to paradise.”