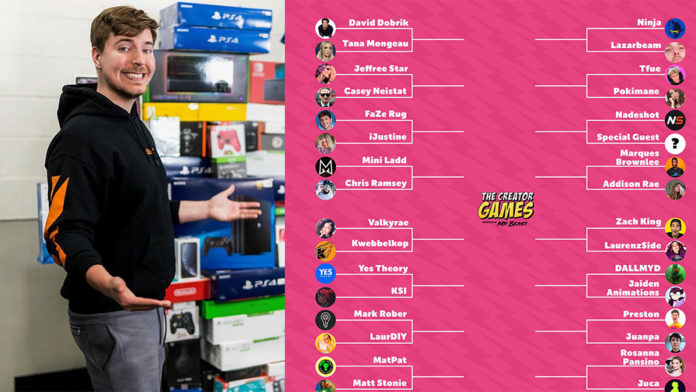 Few days back, Mr. Beast (Jimmy Donaldson) announced “The Creator Games” a new charity stream with YouTube originals to raise funds for Covid-19. The Creator Games brings together the biggest YouTuber and influencers together to compete in a rock-paper-scissor at-home tournament for a cash prize of $250,000, which they will donate to their choice of charity.

The Creator Games was scheduled forlive stream on 25th April 2020 on Mr.Beast’s YouTube channel with over 34M subscribers and billions of views.

Nadeshot donated the $250,000 prize money to the CDC Foundation, a charity which seeks to protect the health, safety and security of America and the world.