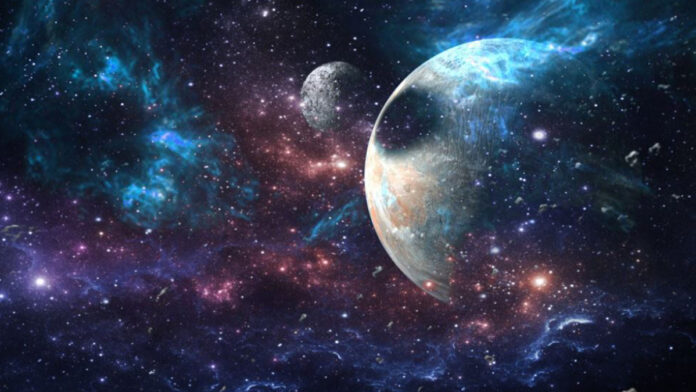 Get ready to get spacey with some fascinating facts about Space.

When you look up what you see? A beautiful sky. But there’s more to it than just stars and planets, etc. Space is this huge vessel that contains everything in the universe including us, stars, planets, sun and many more undefined things. The vastness, infinite emptiness there’s a lot to wonder about it. Space is the biggest and strangest mysteries in the universe. Get ready to get spacey with some incredible facts about Space.

1) Space is completely silent as there is no atmosphere in space, which means the sound has no medium or way to travel to be heard. It’s complete nothingness out there.

2) Woah!!!! An asteroid about the size of a car enters Earth’s atmosphere roughly once a year, but it burns up before it reaches us.

3) Comets are leftovers from the creation of our solar system about 4.5 billion years ago. They consist of sand, ice and carbon dioxide.

4) You cannot walk on Jupiter, Saturn, Uranus or Neptune because they have no solid surface

5)Venus is the hottest planet in our solar system with an average surface temperature of around 450° C. Even though Venus is not the closest planet to the sun.

6) There may be a planet made out of diamonds out there. According to research by Yale University scientists, a rocky planet called 55 Cancri e, has a radius twice Earth’s, and a mass eight times greater may have a surface made up of graphite and diamond. This planet is visible to the naked eye in the constellation of Cancer.

7) Floating Water in space. Astronomers have found a massive water vapour cloud which holds 140 trillion times the mass of water in the Earth’s oceans somewhere around 10 billion light-years away.

8) There may be life on Mars.  In 1986, NASA found what they thought may be fossils of microscopic living things in a rock recovered from Mars.

10) A day on Venus is longer than one year. Venus takes 243 Earth days to complete its one day.