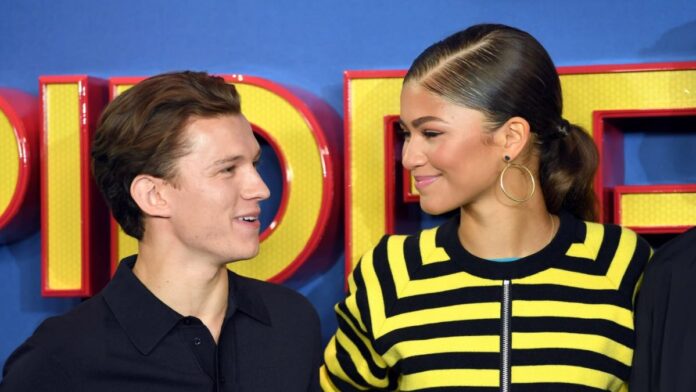 “Spider-Man” co-stars Zendaya and Tom Holland who play a love pair in the Marvel Cinematic Universe show a romantic connection in real life as well.

The duo have been photographed and filmed for PDA at a red light during a sunset drive in Holland’s $125,000 Audi sports car. The passionate makeout just confirmed the earlier dating rumours.

The Peter Parker actor could be seen holding Zendaya’s face closely as he leaned in to kiss his co-worker.

The couple was seen in the Silver Lake neighborhood of LA, where Zendaya’s mother, Claire Stoermer, resides.

As of now there are no comments from Tom Holland as well as Zendaya or their representatives.