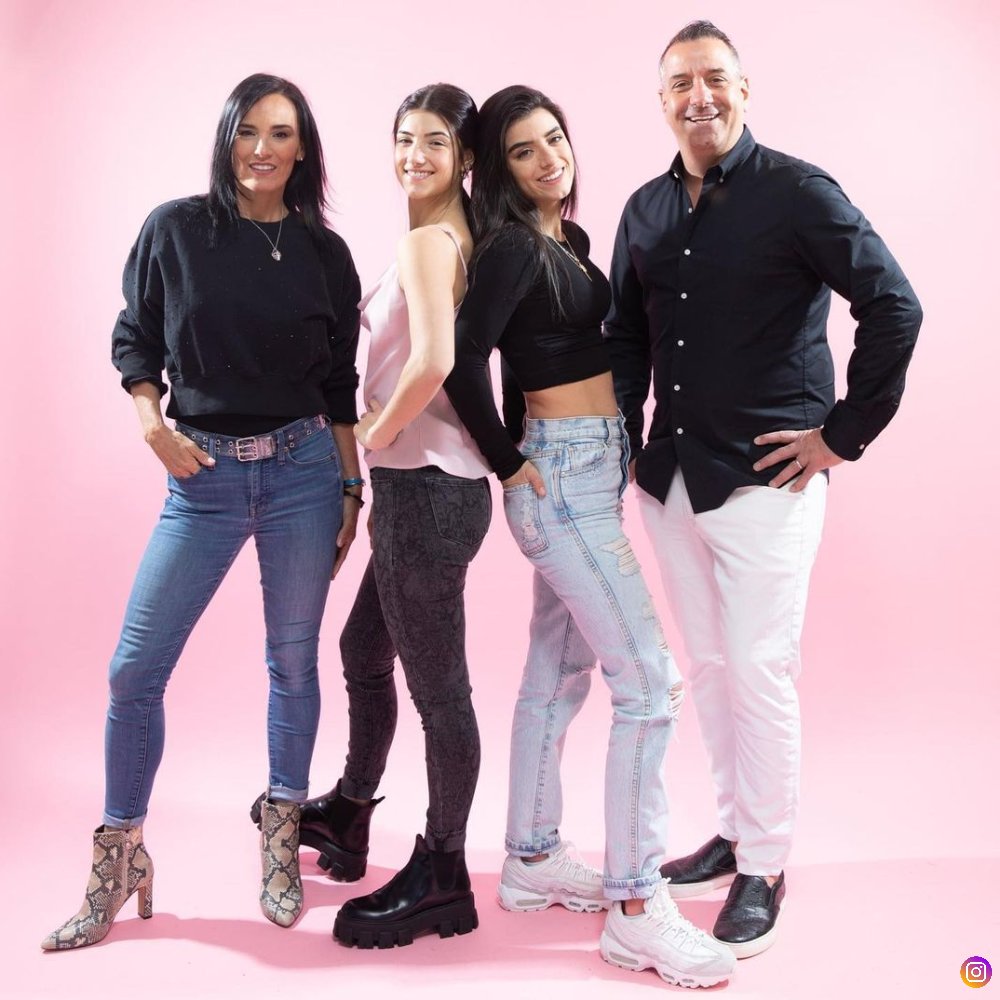 Nowadays almost every teenager is on social media to connect with friends, staying updated and much more. Having huge numbers of followers is a serious flex for them with some being in the territory of hundreds of thousands and some being limited to only hundreds.

But 49-year-old mom Heidi D’Amelio has to look after her daughters Charli and Dixie who boast more than 114 and 51 million followers on TikTok, respectively. Though having such a huge fan base is great but one needs to stay alert as having a fan base in the millions watching their every move is the new normal.

The teens shot to worldwide fame seemingly overnight on TikTok with their dance moves and other videos. With two such bright daughters the parents aren’t much away to fame.

Heidi and her husband Marc D’Amelio host a podcast called Marc & Heidi The Other D’Amelios to talk about all the issues that come with parenting teenagers in the age of social media. Heidi shares how she helps the two star kids in her house manage their fame.

Your family has had a meteoric rise in stardom over the last year. What do you tell your girls about this fame thing?

“It’s such an interesting question, because I feel like that’s not the first topic that we cover as parents. Right? We’re parenting teenage girls, just like any other parents, and now we’re having to have these conversations how to handle being recognized in public and people coming up to you. Both my girls have anxiety, so that can be a stressful situation sometimes. So I think the big thing is them knowing that we are here for them, and in the moment it might be hard and we’re still getting used to that, but we have their back and are physically right alongside them to help them get through those moments.”

Do you see a difference in the pressure young girls go through now compared to when you were growing up?

“In one way they have it so much harder than I had it when I was growing up, but at the same time, I feel like these kids are much more self-aware with everything from skin care to how to hold yourself in front of a camera. I feel like they all know how to do it! Doing some of this stuff on their phones and having access to information, whether it’s making videos or any of the extra things online that requires these girls to teach themselves to do a trick, in that sense, they’re so much further ahead. I would never have wanted to live in that social media world growing up, but at the same time, I feel like there’s a lot of benefits to it as far as accessing information and educating yourself in various situations.”