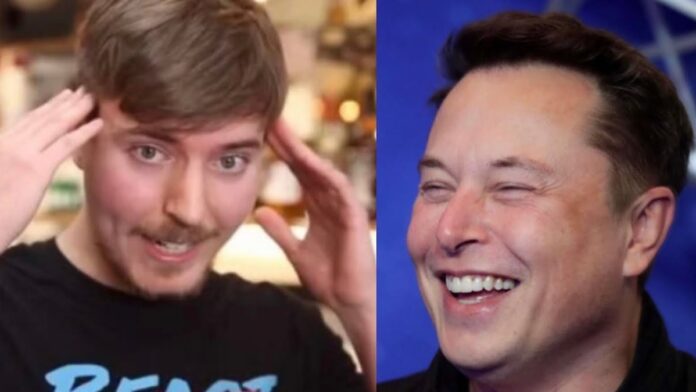 Famed YouTube star MrBeast warns Elon Musk that he can’t take his words back. Musk promises Twitter to MrBeast if he dies in mysterious circumstances.

Musk has promised Twitter to YouTuber MrBeast if he “dies under mysterious circumstances”. He shared a photo which he claimed was sent to him by former Russian prime minister Dmitry Rogozin where he accused Musk of colluding with Nazis on Sunday. Shortly after, Musk tweeted, “If I die under mysterious circumstances, it’s been nice knowing ya.” MrBeast asked, “If that happens can I have Twitter”; Musk replied “Ok” and that was that. MrBeast followed up with a “No takes backsies”.

The picture Tesla owner had shared of the Russian media carried a slightly threatening tone where Rogozin said that Elon Musk has to answer questions like ‘an adult’. “From the testimony of the captured chief of staff of the 36th Marine Brigade of the Armed Forces of Ukraine, Colonel Dmitry Kormyankov, it follows that the ground-based subscriber equipment of the Starlink satellite company Elon Musk was delivered to the militants of the Nazi Azov Battalion and the Marines of the Armed Forces of Ukraine to Mariupol by military helicopters,” the note shared by Musk said.

“According to our information, the delivery and transfer to the Armed Forces of Ukraine of PO boxes for receiving and transmitting the Internet from Starlink were carried out by the Pentagon. Elon Musk is thus involved in the supply of fascist forces in Ukraine with military communications. And for this you will have to answer in an adult way, Elon, no matter how you turn on the fool,” it added.