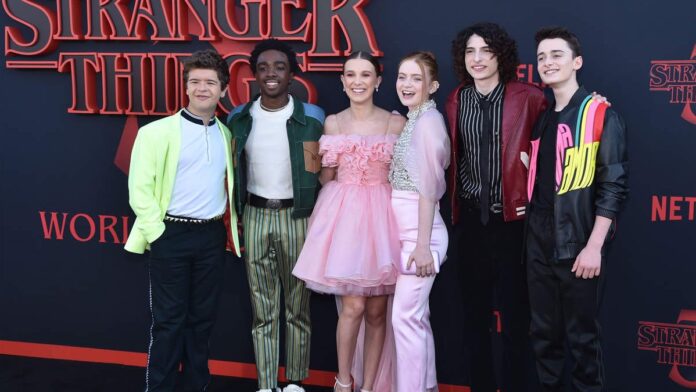 One of the most popular web series, Stranger Things has taken to Twitter to announce that four new characters will be joining the mysteries of Hawkins, Indiana for the show’s fourth season.

The show tweeted upside-down headshots of the new members on Wednesday along with their details on their social media handles.

The Netflix original series has confirmed the addition of Amybeth McNulty (Anne with an E), Regina Ting Chen (Queen of the South), Myles Truitt (Queen Sugar), and Grace Van Dien (The Village), according to Variety.

Vickie will be played by Amybeth McNulty, Patrick by Myles Truitt, Ms. Kelly by Regina Ting Chen and Chrissy by Grace Van Dien.

As of now there is no word on the release date of season 4, after its production being thrown off schedule by the COVID-19 pandemic.

The earlier dropped trailer for the upcoming season hinted at Eleven’s back story and her time in captivity. Also the series actor Finn Wolfhard recently claimed that the next season of Stranger Things will be the “darkest” yet.

With this new hints, fans of the web series are even more excited and eagerly waiting for the arrival of next season.