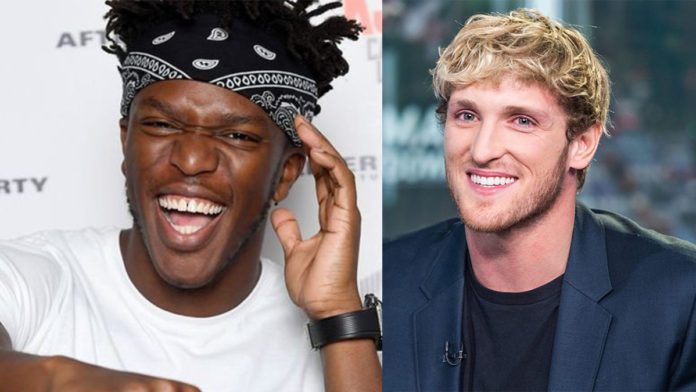 KSI is a British YouTuber, Rapper, Actor and Professional Boxer.He had a Professional Rematch against Logan Paul. KSI vs LOGAN PAUL rematch was one of biggest fight in YouTube history. Unfortunately, Logan lost the match via split decision. Since then, their rivalry saga continues.

Recently, Logan Paul announced the relaunch of his merch named “Maverick.” He gave this update on his twitter. “Never been so scared and excited in my life,” said Logan.

KSI did not want to miss any chances to fire shots a Logan. He retweeted Logan’s tweet mentioning, “Imagine buying merch from a loser lmao.” He further stated the count of views he get on his YouTube channel, “I still win. Try again(laughing emoji).”

Logan and KSI appreciating each other.

KSI launched his debut album recently, “DISSIMULATION.” This album is a great mix of solos as well as collaborative tracks.

KSI has been serious with this album and claims, “I hope this album empowers people and allows them to believe in themselves and conquer any obstacle in their way, no matter the circumstances.” He also mentioned that, “I hope this will silence a lot of sceptics. I’ve been doing music for over 10 years and constantly show growth. Hopefully they see that too.”

As usual, everyone was expecting some trash talking from Logan with a response to this.

Despite of all the previous fights and rivalry, to everyone’s amusement Logan uploaded an Instagram story post of himself, appreciating KSI’s album and wishing him success.

KSI shared the same story and congratulated Logan for his clothing brand relaunch.

Could this be the end of age old rivalry and beginning of a new friendship. Anyhow we appreciate them supporting each others hustles.