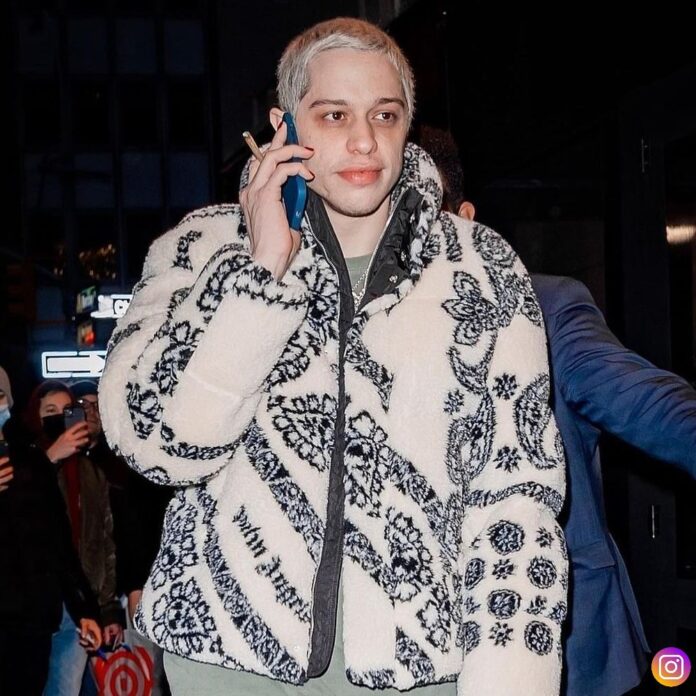 Davidson just proved his love for American media personality, model, and businesswoman Kim Kardashian is serious. The tattoo that spells out “KIM” in black letters was revealed in Pete’s heated text exchange screenshots with West. After seeing the pictures some of the fans suggested Kim may have been inked by Pete herself.

Amanda Hirsch wrote, ‘Omg you guys: PETE HAS A KIM TAT’, wrote on her Not Skinny But Not Fat Instagram page. This drew attention to the tattoo by highlighting a section of his chest in a photo. One of the fans suggested, ‘It looks like something done by someone who doesn’t tattoo. I have a big guess that he let Kim do it.’ The selfie displaying the ink surfaced on Sunday when Dave Sirus shared screenshots from Pete’s text convo with Kanye.

‘Yo it’s Skete. Can you please take a second and calm down. It’s 8am and it don’t gotta be like this. Kim is literally the best mother I’ve ever met. What she does for those kids is amazing and you are so f-king lucky that she’s your kids mom. Grow the f**k up, Davidson texted West on Sunday.

The Gold Digger rapper asked, ‘Oh you using profanity now. Where are you right now? According to the screenshots, which Page Six confirmed are real. Pete clapped back with a selfie of himself shirtless under the covers, and equipped, ‘In bed with your wife’. Pete and Kim first sparked romance in October 2021 after she hosted “SNL”.