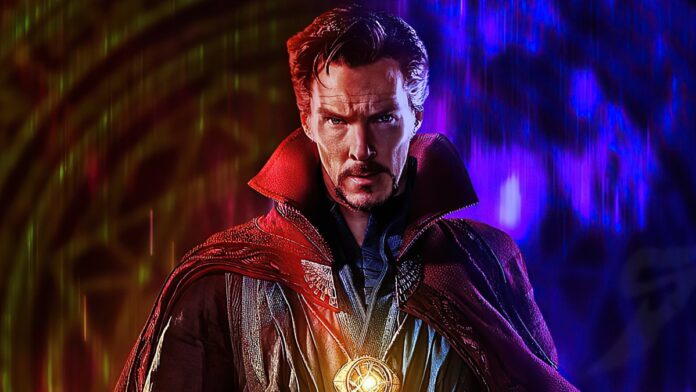 Doctor Strange in MOM is set to push the concept of alternate realities to the forefront. The new poster for the Multiverse Of Madness has been dropped.

Aside from Strange, the upcoming MCU sequel will feature new and returning allies, such as Xochitl Gomez’s America Chavez, Benedict Wong’s Wong, and Elizabeth Olsen’s Scarlet Witch. Based on the trailer it looks like Wanda will be at the other end of the fight, meaning that Strange will have his hands full.

The marketing of the film is ramping up as the release date is closing. The Multiverse Of Madness will be available for the audience in May. From posters and official merchandise, the main characters that are heavily featured in the promotional push are Wanda, Wong, Strange, and Chavez. This indicates the movie will be focusing primarily on the four heroes.

A new wave of promotional images for Doctor Strange in the Multiverse of Madness was released by Shell Indonesia. It showed the fresh looks at Benedict Cumberbatch’s titular sorcerer alongside his allies. A closer look at the image shows a detailed look at the costumes of Benedict Wong’s Wong, Elizabeth Olsen’s Wanda Maximoff, Benedict Wong’s Wong, and Xochitl Gomez’s America Chavez.

Marvel is trying to portray that the four heroes will team up against a common threat at some point in the sequel. The previous evidence it suggests that Scarlet Witch is the main villain.