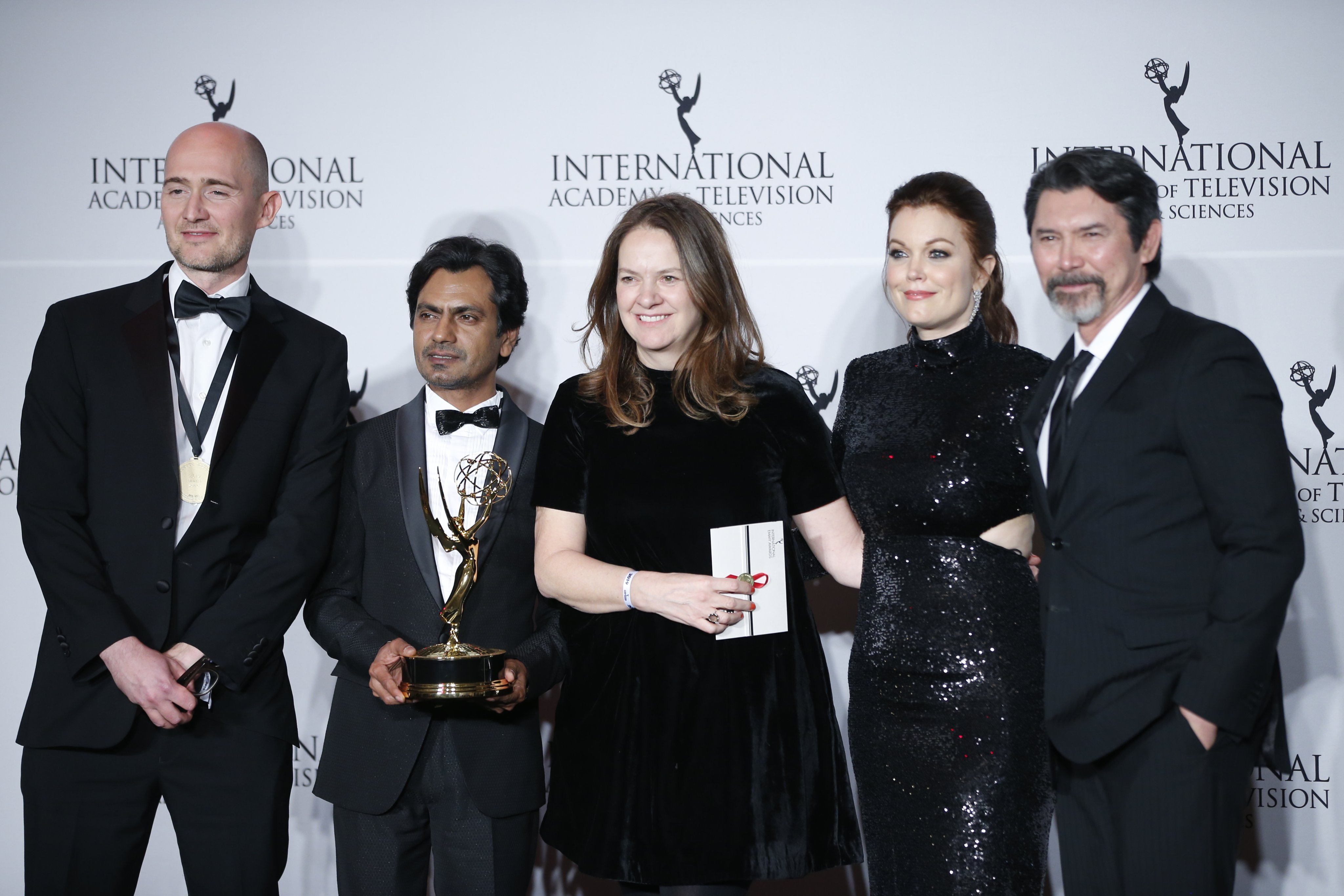 EMMY AWARD is an American award that recognizes excellence in Television industries.

Nawazuddin Siddiqui with Radhika Apte and other scared games team was spotted yesterday night at ceremony also included stars of Lust stories. Nawazuddin Siddiqui’s Sacred Games and McMafia was nominated for award where he played the role of Mumbai gangster in both the series, Ganesh Gaitonde and Dilly Mahmood .

The show is Inspired from the book McMafia: A Journey Through the Global Criminal Underworld by journalist Misha Glenny. McMafia premiered on BBC in the UK and on AMC in USA in 2018 also aired in India on ZeeCafe. BBC has announced a second season of the show but the release date has not been finalised yet.