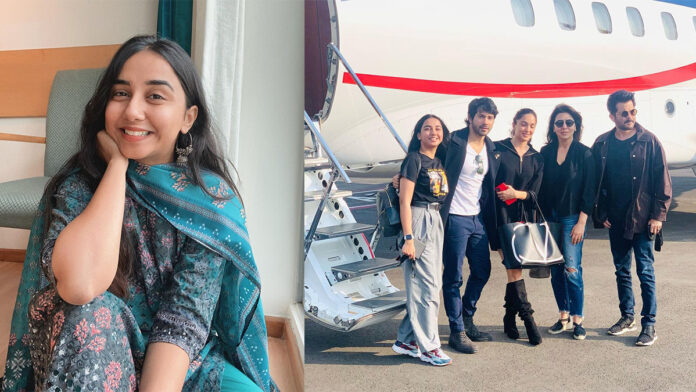 Prajakta Koli popularly known as MostlySane after her YouTube channel where she uploads comedy videos.

Prajakta is regarded as one of the most successful YouTube personality. She has received many awards for achieving huge feats. She has also been invited to a number of international shows.

Recently, Mostlysane took to her social media handle sharing a piece of her upcoming project “Jug Jug Jiyo.” Jug Jug Jiyo is said to be a rom-com movie directed by Raj Mehta. Comedian Prajakta confirmed about the shoot of the film on her Instagram story. The shooting schedule will be a month-long one.

The news of the movie took the Internet by storm when actors shared a picture on social media. The characters and the role of Prajakta in the movie are yet to be revealed. However, the cast of movies includes actor Anil Kapoor, Varun Dhawan, Neetu Kapoor, Kiara Advani and YouTuber Prajakta Kohli.