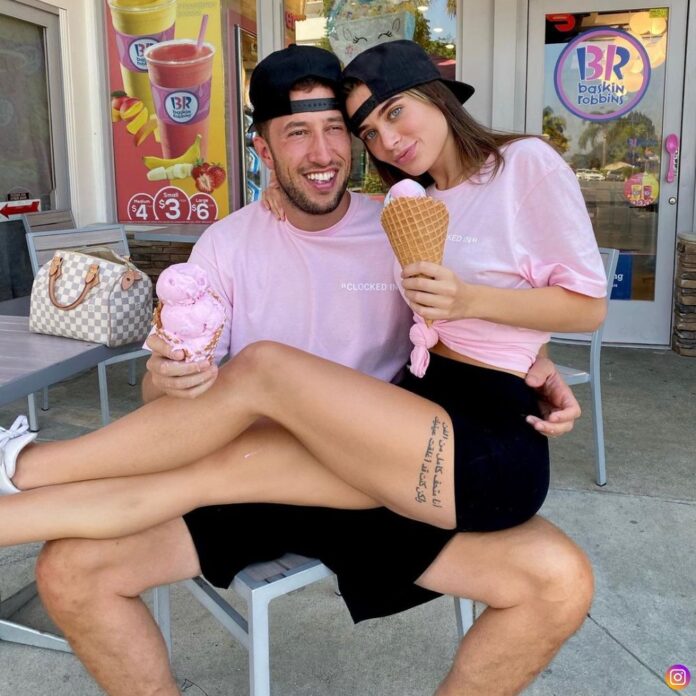 Mike Majlak last week revealed that he broke up with ex-porn star Lana Rhoades. Mike made this public on Twitter as well as YouTube. He even made a video titled ‘we broke up’

In the uploaded video, he mentioned that there was no specific reason for the breakup and surely it was not any loyalty issues. Good that he made this clear as people would first speculate it to be a cheating issue.

Further, he explains that he and Lana wanted things that were vastly different. Lana ‘was obsessed with the idea of linear and traditional life and love.

But that is not the ideology of Mike. However, he admitted that it made complete sense to her but it just was not suited for him. The decision saddened them both, but they decided it made sense in the long run and parted ways on good terms.

But this Friday, Mike had his first-ever Twitch stream where he shocked his fans by revealing that he is back with Lana Rhoades. During the stream, Lana walked in through the front door carrying some lunch. The two of them had a brief chat before she sat down on his lap, and he placed his arms around her.

As Mike has already died in his current Among Us game, so he went on to explain the situation to his fans. “I got a little guest here today that I wanted to bring on for a second,” he said. “We’re not gonna get too into sh*t today. But she wanted to stop by and say what’s up.”

“I just wanted to bring you some food because I didn’t want you to starve,” said Lana. Mike didn’t say this out loud but the way they were interacting showed that they were back together.