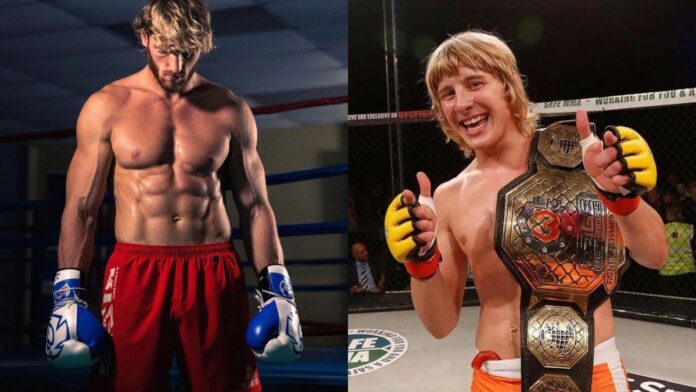 YouTube star Logan Paul teases a UFC fight with Paddy Pimblett. He revealed that he would be willing to make a switch to MMA to fight Paddy.

Social media star Logan made the move into boxing in 2019, losing in a rematch against YouTube’s rival KSI. He made his WWE debut on Saturday night at the AT&T Stadium in Arlington, Texas. Logan teamed up with The Miz to take on Rey Mysterio and Dominik Mysterio at WrestleMania 38.

But now it seems Paul wants to try his luck in the UFC as well. He talked up the possibility of a crossover fight with Paddy Pimblett. Paul told MMA Fighting, ‘I’d like a run at it. I’d like a win in some sort of a fighting, combat sport. I think I’d be good at it, too.’ He further added saying, ‘but then again, bro, I’m like, okay, do I f*** go and get my head kicked in or wrestle and have so much more fun. My friends, before the WrestleMania match, they’re like, Hey, good luck!’ and I’m like, Enjoy the show! Before a boxing match, it’s like, I love you brother. You can do anything you want.’

‘They’re praying for me backstage, my heart’s pounding. It’s a f***** headache! It’s crazy, the difference between a boxing event and a wrestling event, so I don’t know, bro. But I found out who I’d like to fight if I did a UFC match.’ Paddy Pimblett has become a household name after just two flights. Along with his exciting style of fighting, Paddy’s personality and charisma have seen him gain millions of fans worldwide.