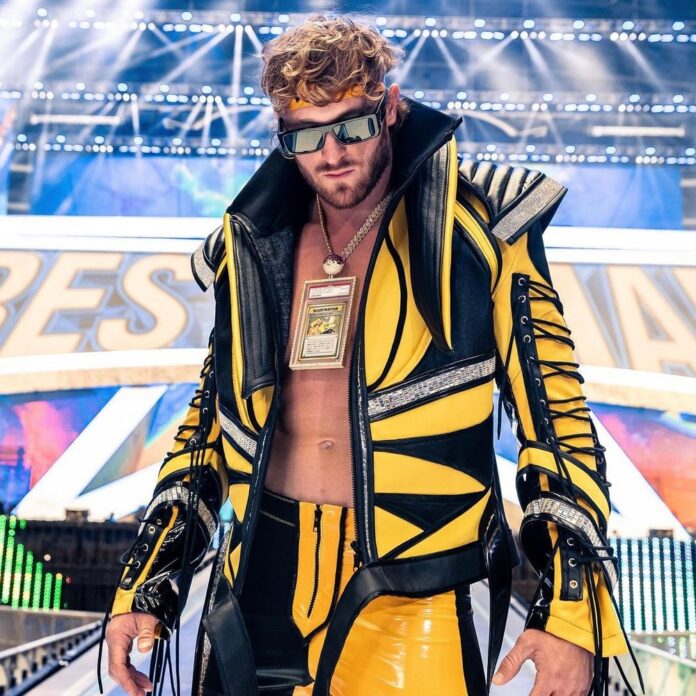 The transaction earned Logan the world record for the most expensive Pokemon trading card sold privately. Guinness World Records posted a photo of Logan receiving his title on Twitter. They captioned it saying, ‘Congratulations to Logan Paul on achieving his first Guinness World Records title! His PSA to Pikachu Illustrator is the most expensive Pokemon card sold in a private auction-$5,275,000.’

This is not the first time Logan wore an expensive collector card around his neck. He also rocked a BGS 10 1st edition Charizard when he walked out for his exhibition match against Floyd Mayweather. Paul is the latest celebrity to take part in WrestleMania 38. He teamed up with The Miz against Dominik and Rey Mysterio during night 1 of the event at AT&T Stadium in Arlington, Texas.

It turned out that the YouTuber has some wrestling chops. Paul was able to smoothly execute his moves, thanks to his natural athletics. The Miz and Paul emerged victorious in their match. Logan got an unpleasant surprise when his tag partner turned on him and laid him out after their match.

Speaking on the incident Paul said, ‘I think it’s equivalent to Will Smith slapping Chris Rock. To be honest with you, if I had to guess, he’s probably jealous. I was doing flips, I went off the top rope, I was doing cool shit. Put quite simply, he’s not capable of doing that shit. He’s older, he’s a little thicker. I’m nimble, I’m young, I’m spry. He just doesn’t have it like me and I think he got jealous and decided to turn on me.’