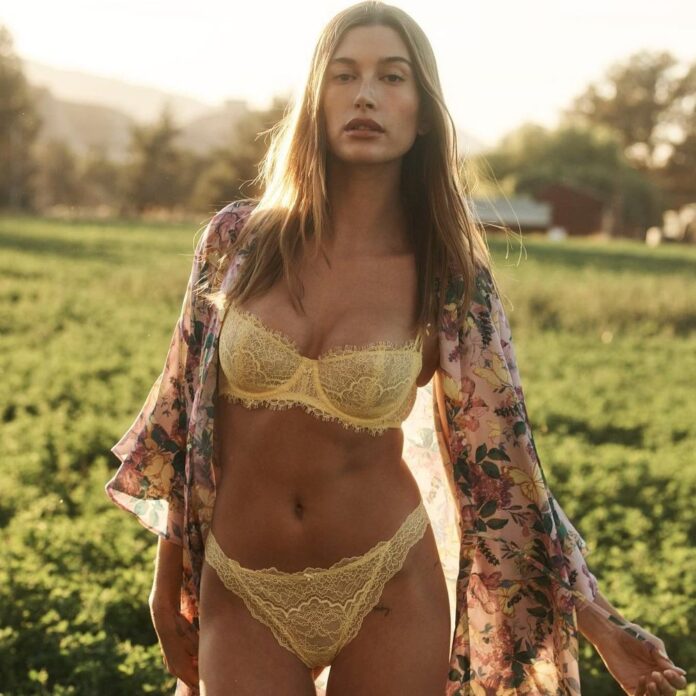 American model, media personality, and socialite Hailey Beiber begs everyone to leave her alone. Fans have assumed that it is about Selena Gomez.

Justin tand Hailey have been married since 2018. Prior to the registration for a wedding license he got split from Selena Gomez. It loos like Hailey is pretty fed up with all continued remarks though. She posted on TikTok video begging everyone to ‘leave her alone’ and avoid making unnecessary comments on her social media posts. Hailey didn’t mention Selena’s name in her video, she also added, “it’s been long enough.” The comments are in relation to the end of Justin and Selena’s relationship. Selena’s fans need to chill and get over it.

The whole video shows Hailey lying on a bed wearing casual clothes. She then says to the camera, ‘This is for you guys in my comments every single time I post. Leave me alone, at this point…I’m minding my business, I don’t do anything, I don’t say anything. Leave me alone, please. Enough time has gone by where it’s valid to leave me alone, I beg of you truly. That’s my only request, leave me alone…be miserable somewhere else.”

On IG, she has limited who replies to her posts and only allows comments from those she also follows. On TikTok it’s free for all to comment and say their views. One person wrote, “Good for you standing up for yourself.” Another added, “They’re just keeping an eye out for selener.”