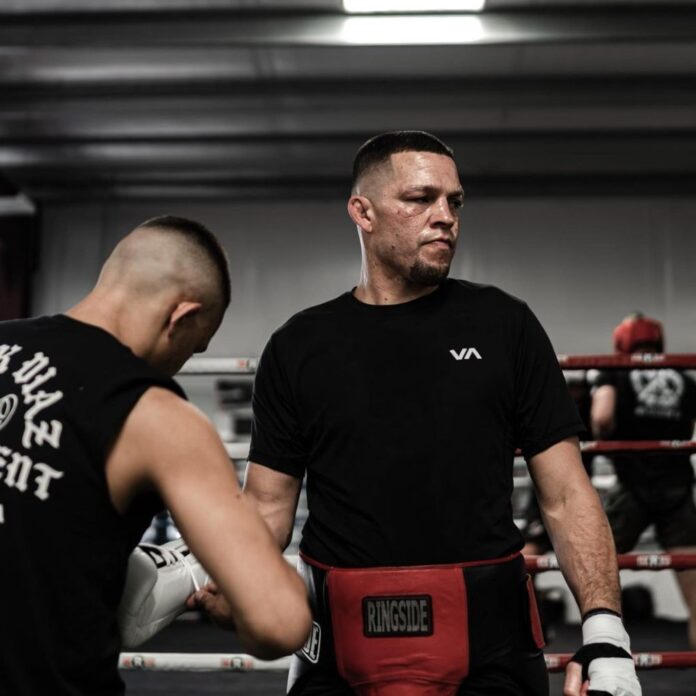 Nate Diaz has asked Dana White to “send the release” that would allow him to leave the UFC and fight Jake Paul.

White told The Mac Life on Tuesday that he feels Diaz facing Paul would be the appropriate move as of now after struggling to come to an agreement for the final fight on his deal. The California native is one of the promotion’s biggest names, but has won just once since his star-making victory over Conor McGregor in 2016.

He has one fight left on his contract with the promotion, which Mirror Fighting understands was expected to take place early this year in order to allow time for a full boxing camp and a fight with Paul in August. But the UFC seemingly weren’t keen on the idea until White mentioned this week that it may be the right option.

Diaz took to Twitter earlier this week asking for his release from the promotion, captioning a video of Paul knocking out Tyron Woodley by saying “UFC release now please or give me fight with anyone in July or August I have bigger s*** to do.” And when White did his interview on Tuesday, Diaz responded yesterday by reiterating his request, tweeting: “Send the release”.

Promotional boss White has never been keen on his fighters moving into boxing to face Paul who is 5-0 as a professional with stoppage wins over his four opponents. He believes that the YouTube star must fight a legitimate boxer, as none of his opponents to date have had a professional record before signing to fight him.