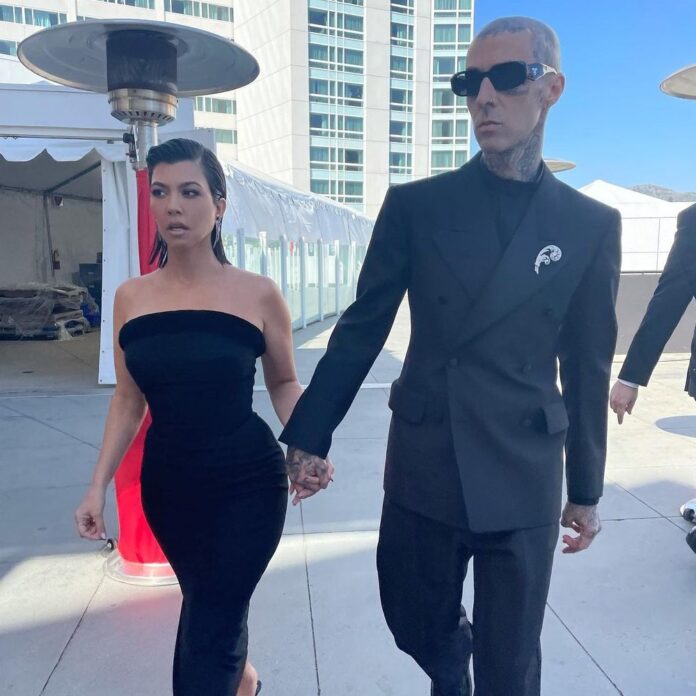 It’s claimed Kourtney Kardashian and Travis Barker headed to a chapel after 1:30 am on Monday. They took full advantage of being in Vegas for the awards bash by tying the knot. As per sources Travis and Kourtney said “I do” just hours after he performed live at the music awards. They did not allow the venue to take any photos of them, taking along their security and photographer instead.

As per the insider they both arrived with their marriage license and gave it to the chapel’s owner, who acted as a witness for them. It’s also rumored that they had an Elvis impersonator perform the ceremony. It was prestigious to them that someone dressed as the King of Rock n Roll was the one to pronounce them as wife and man. Fans of Kourtney and Travis should not get mad though, because it’s said the Vegas ceremony won’t be the only one to mark Travis and Kourtney’s commitment to one another and that several others will take place. Travis and Kourtney got engaged in October when he went down to his knees for a romantic beach proposal.

While the pair have been neighbors and friends for years, they developed a romance. They went public last year’s January, and they have been well known for their public display of affection ever since. She shared a post with stunning snaps from the moment he popped the question captioning: ‘I woke up all night thinking it was a dream.’