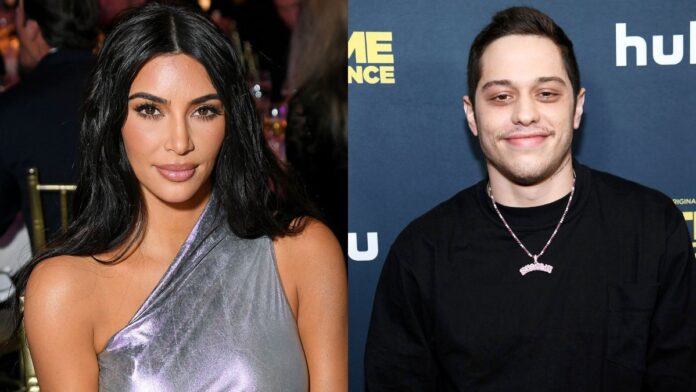 After weeks of rumours floating around the internet, it has finally been confirmed that reality television star Kim Kardashian is dating actor-comedian Pete Davidson.

Just days after Davidson’s 28th birthday, the couple was spotted holding hands in Palm Springs where they were celebrating his special day at her mother Kris Jenner’s mansion.

Prior to this, they made a public appearance on Saturday Night Live where the pair shared the screen along with a kiss. Later they were seen  on several dinner dates together from which the rumours originally started.

One of source revealed, “They are really happy and seeing where it goes.” But also pointed out that, “Pete has told her he doesn’t want to see anyone else. She is telling some people they aren’t super serious but she isn’t seeing anyone else… She’s trying to not make a big deal about it but is super into him.”

This is the first time the reality star is dating someone after she filed for divorce with rapper Ye (Kanye West) back in February. The comedian has previously been romantically involved with few of celebrities including Bridgerton star Phoebe Dynevor, Kate Beckinsale, and his former fiancé Ariana Grande.