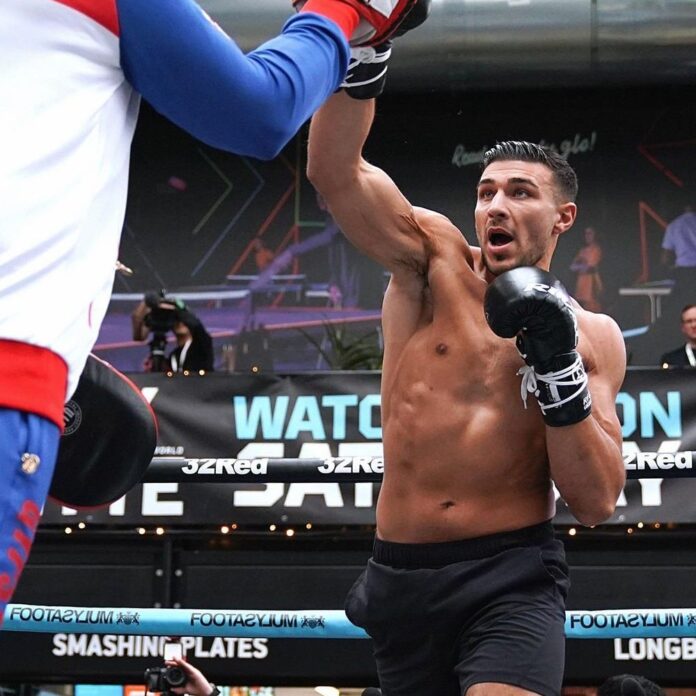 In an interesting turn of events in the world of celebrity boxing, Jake Paul and Tommy Fury will finally be clashing. Earlier this week, the former Love Island star confirmed the date of his upcoming fight with YouTuber-turned-boxer Jake. The 23-year-old responded to Jake’s tweet where he openly challenged and mocked Tyson Fury.

Jake’s tweet read, “Tommy Fury, you pulled out last year. Then you agree to fight me now but your dad is trying to pull you out again?” Brother of YouTuber Logan Paul, added, “We’ve given you everything you asked for: $2M purse, VADA testing, and Tampon’s.”

The tweet posted on Wednesday ended with Jake issuing a deadline to Tommy as he wrote, “You have 24 hours 2 clear this up or I will never give you this opportunity again.” A few hours later, Tommy Fury responded to Jake’s tweet briefly where he wrote, “See you August 6th pal.”

In another video message, Jake had accused players like Tommy for killing the sport. However, Tommy reiterated as he replied, “The fight is on. August 6th. Forget a team or any other bullsh*t. I don’t need anybody to help me lay you flat on that canvas. Oh and thanks for finally signing the drug testing you only agreed to it when you realised the fight was at risk – who needs who.”

Meanwhile, Jake Paul’s tryst with popularity came through his YouTube videos along with his TV work where he was a cast member of Disney Channel show Bizaardvark. The 25-year-old has won five professional boxing matches and has stopped all of his opponents. Paul extended his professional record to a fifth win after he knocked out former UFC champion Tyron Woodley in their rematch in December last year.

MrBeast Donates $3M Worth Of Goods To Ukraine