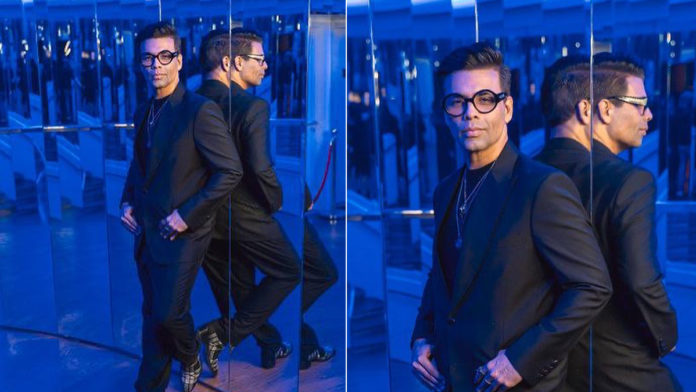 Our entire nation is in shock and still trying to process the suicide news of talented actor Sushant Singh Rajput. The demise of 34-year-old Bollywood actor ‘Sushant Singh Rajput’ has created an uproar on social media. Many Big names from Bollywood are caught into the fire for promoting nepotism. People are raising their voices openly, expressing their outrage on social media, targeted many big names in the Industry, who are said to be responsible for Sushant’s death. The controversy on Bollywood has started and lit the fire on Social media. Karan Johar is the major target of an outraged public.

Many celebrities expressed their condolences on social media after the death of young actor Sushant Singh Rajput. Karan Johar took it to Instagram and wrote that he “blamed” himself for not being in touch with Rajput for the past year.

“I have felt at times like you may have needed people to share your life with…but somehow I never followed up on that feeling…will never make that mistake again…we live in very energetic and noisy but still very isolated times …some of us succumb to these silences and go within…we need to not just make relationships but also constantly nurture them,” Johar wrote. Sushant’s suicide was a “wake-up call” for him, said Karan.

Peoples are expressing their rage with hate messages on Twitter, Instagram and every platform, Dragged many popular celebrities in scrutiny for promoting nepotism in Bollywood, which caused the death of talented gem ‘Sushant Singh Rajput’.

Most of the users are finally stepping out taking shots on celebrities like Karan Johar, Alia Bhatt and many others on social media. This incident has brought a Bollywood into the dock. Karan Johar is blamed by many for promoting nepotism and being partial towards outside actors in Bollywood. Hashtags are trending on Twitter to Boycott film maker Karan Johar and his movies. Hashtags like boycottbollywood, boycottkarajoharfilms have dominated the whole social media platforms.

The death of Rajput flared up the debate on nepotism and impact on social handles of celebrities is clearly visible. Karan Johar faced an enormous follower drop on his social media accounts since then. He lost more than 360K + followers on Instagram and still counting. Karan’s not only one who’s facing the brunt, other popular actors like Alia Bhatt, Sonam Kapoor and many are into it.

The unexpected demise has shaken the fans and people, everyone’s driving out their rage trolling popular celebrities like Karan Johar, Varun Dhawan, Alia Bhatt and many.

On Sunday Morning 14th June, Sushant Singh Rajput committed suicide by hanging himself in his Mumbai apartment. Mumbai police revealed that post-mortem report also confirmed that he died because of suicide. However, Police are still investigating into the case in other angles too.

Sushant Singh Rajput was supposed to star in Mukesh Chhabra’s romantic film ‘Dil Bechara’ co-starring Sanjana Sanghi. Fans are demanding the film to release in theaters instead of OTT platform.