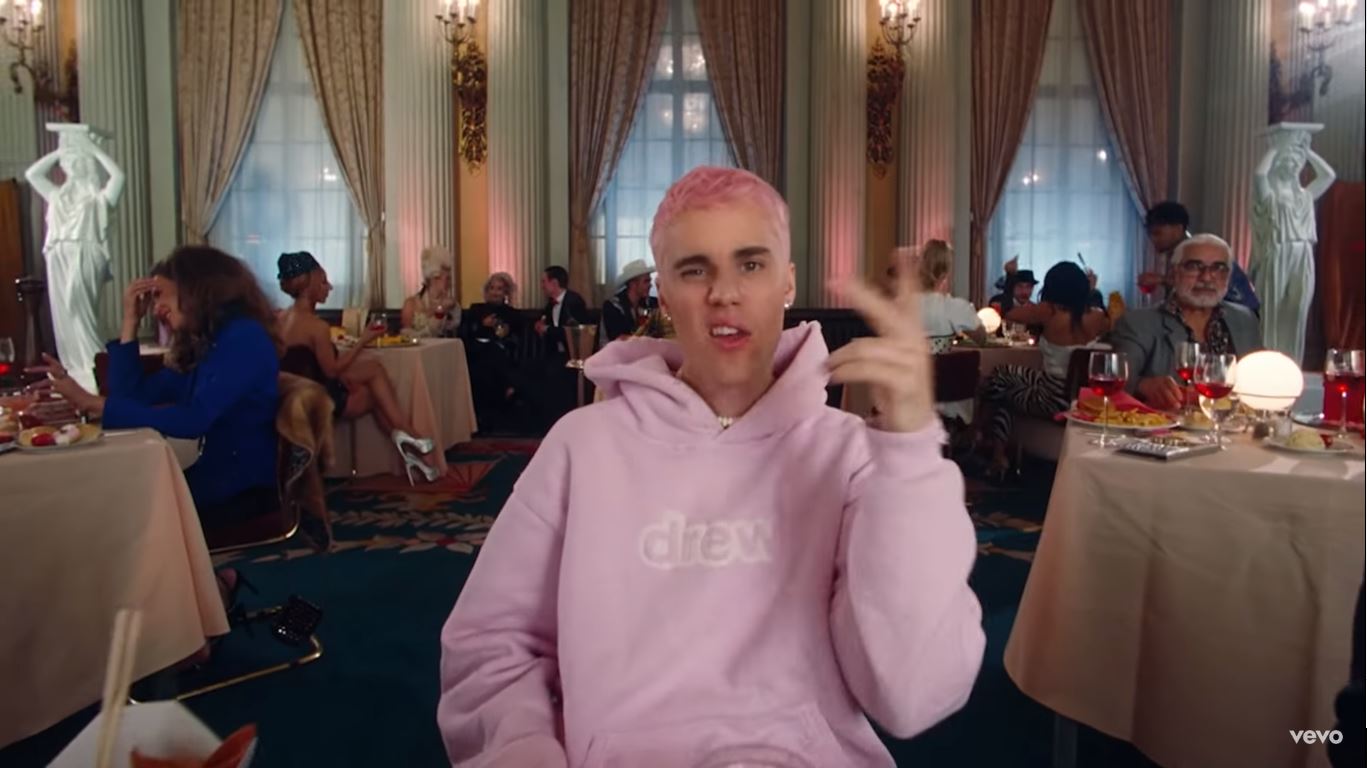 Justin Bieber launched his first new solo track ‘Yummy’ on January 3 in over four years.Its been four year since the release of his last album:Purpose. After a long break of four years, justin hit the Internet with his new single Music video ‘Yummy’ trending #1 on YouTube.

The 25-year old’s official music video already took the internet after the release of track. Bieber’s new music video ‘Yummy’ is out now, was directed by Bardia Zeinali & produced by Roisin Audrey. Bieber slays in light pink sweatshirt,grooving on music along with others around the table in the music video.