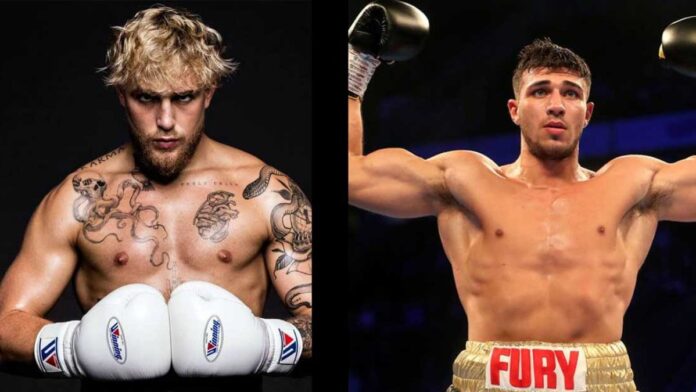 Jake Paul recently announced his return to the boxing ring, which is set for Aug. 13. An opponent had yet to be announced. Now, it appears we will be getting the Paul vs. Tommy Fury showdown we expected last December.

Despite not working for or with Paul or Tommy Fury, promoter Eddie Hearn told talkSPORT that Paul will indeed take on Fury in August while taking jabs at both competitors. “I don’t represent them, but I hear that fight is happening Aug. 13, so you might see it,” Hearn said of Paul vs. Fury. “Both are very limited, but as long as it’s a competitive fight, it doesn’t really matter.”

Neither Paul nor Fury has confirmed the fight. However, it’s been expected for some time. Paul and Fury (the younger half-brother of the heavyweight boxing champion Tyson Fury) were supposed to fight last year. However, an injury derailed those plans, leaving Paul to fight Tyron Woodley for a second time.

Cleveland native Paul native knocked out Woodley in emphatic fashion, pushing his boxing record to 5-0. Fury, who is 8-0, won his last fight against Daniel Bocianski this past April. Note to readers: if you purchase something through one of our affiliate links we may earn a commission.