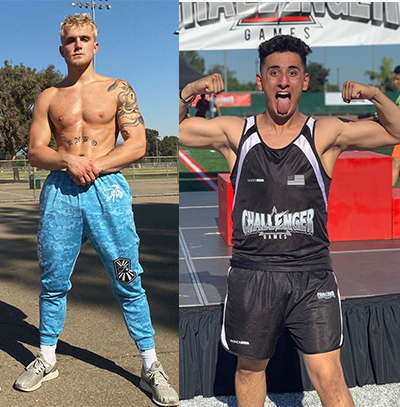 An official trailer for boxing match which has been finalized between Jake Paul vs Anesongib is out now on YouTube.

The fight news of star YouTubers lately got announced on social media .Two undefeated champions are going to face each other on January 30, 2020 at Miami. This fight is going to be one of biggest fight in Internet history.You can watch the Live broadcast on “Dazn”.

Dazn thinks Jake Paul is the latest YouTuber to step in boxing and can attract a lot more audiences for this particular sport This will be a co-main event for Dazn..the event will also feature a headliner match between Demetrius Andrade and Luke Keeler & super featherweight championship fight between the Tevin Farmer versus Joseph Diaz.

Jake says,he wants to fight KSI and Gib’s like a stepping stone.A huge fight is coming this new year and may get to see many more further.