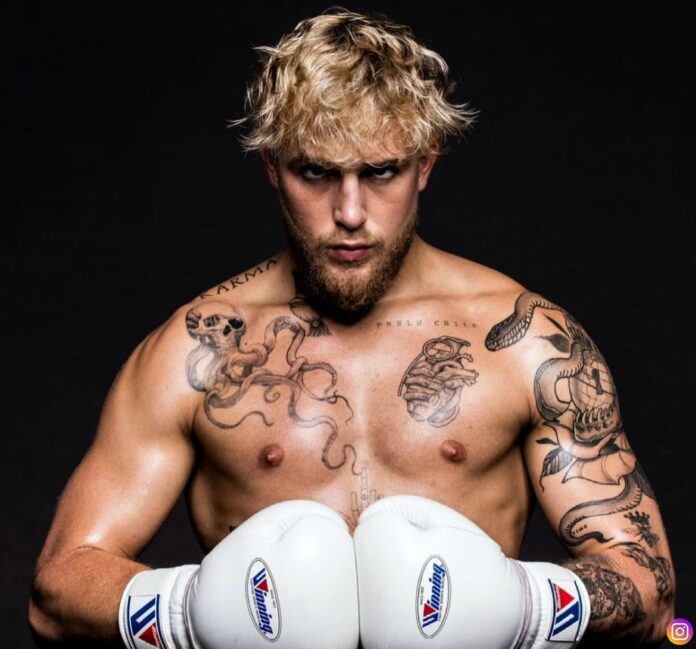 During his journey from a small creator on Vine to major disruptor over the internet, Jake Paul has collected a lot of tattoos all over body. The collection varies from small lettering to full body part artistic tattoo.

One of his best tattoos is the tattoo of a sword that starts from his neck and reaches down to his back. The sword runs down the back surrounded with  vines, leaves and a banner that reads: ‘To Live Ex. Die’.

Now the recently revealed head tattoo which was leaked through the Instagram story of his editor, Jon Marianek has been finally revealed by Jake.

Jake showed off it through his Instagram story. The tattoo placed slightly over his ear features an angry pouncing tiger surrounded by three butterflies. The latest tattoo shows immense detailing in the stripes of the tiger. Showing the picture he wrote “stop asking bout my head tat.”

Jake Paul,23, is a popularly known controversial YouTuber of all time. Jake stepped into boxing,defeated AnEsonGib and further went on to many two more fights.The YouTuber turned professional boxer has dominated many areas as time passes. He started by dominating the YouTube scene with his Team 10 and further branched to dominate YouTube boxing.