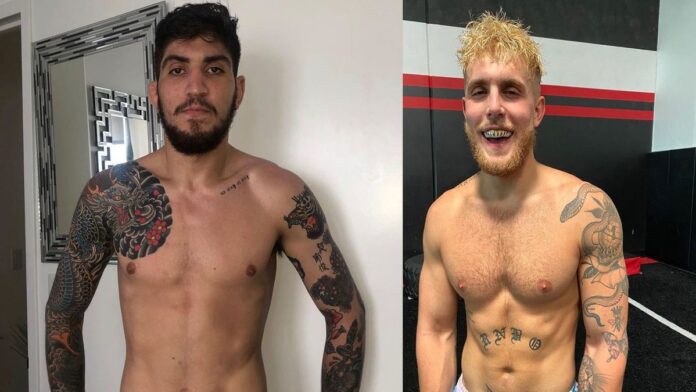 Jake Paul is an American YouTuber, actor and musician. He gained his fame through his acting and YouTube videos. He fought in a boxing match against KSI’s younger brother Deji in which he emerged victorious Jake was eager to fight against KSI to avenge his brother’s defeat.

Jake has been involved in a lot of controversies and has been in limelight in many topics. As of now he is scheduled for a boxing match with against Nate Robinson as Mike Tyson’s under card.

Also he was seen in feud with Ryan Garcia and we could be seeing a possible boxing match between them.

But meanwhile, Dillon Danis shared a picture of him and asked his fans who he should box now. Jake replied to him and trolled him to remove fake Lamborghini in his profile picture. He also said that Dillon should first have at least two MMA fights, and then he will have a boxing match with Dillon.

Is this possibly Jake’s next boxing match?