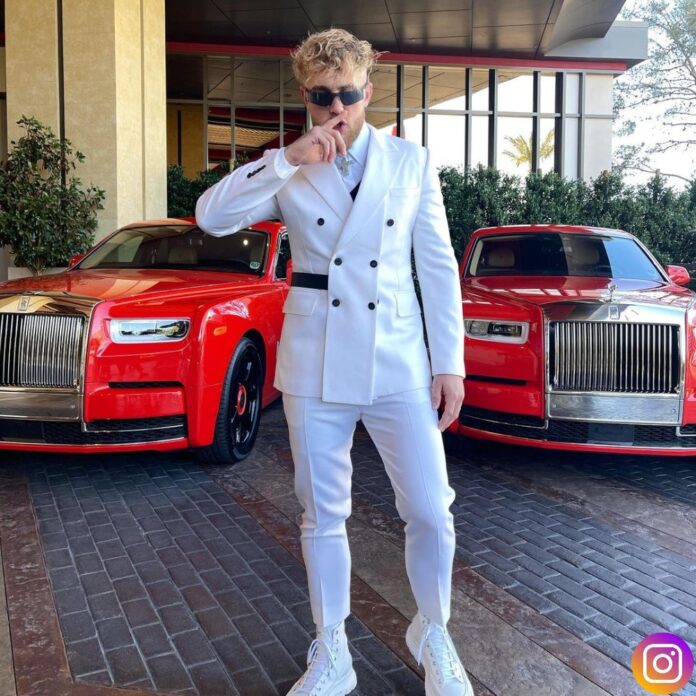 YouTube star Jake Paul has debuted his new gift — a custom made $500,000 title belt tailored for him before his rematch against UFC fighter Tyron Woodley on the 18th of December.

The belt came as an early Christmas gift for the 4-0 record boxer. The Problem Child showed off his belt claiming it a ‘Most Valuable Boxer’ belt with reference to his promotion company, ‘Most Valuable Promotions.’

Paul took to Instagram to reveal that his ‘Most Valuable Boxer’ belt was designed and painted by Alec Monopoly who is the CEO of his promotion company. He further also mentioned that Alec is “one of the greatest artists of our generation.”

Surprisingly the belt comes equipped with a Hermes Birkin bag which alone cost around $40k, sewed into the side as well as a diamond Cartier and Rolex watch.

The belt comes with a wildly expensive bag and watches along with a flurry of bright colours splashed on the centre with the announcement of the title of Most Valuable Boxer for Jake Paul.

Flaunting his belt an diamond studded necklace with reads, ‘PRBLM CHILD’ he wrote, “My “Most Valuable Boxer” belt designed and painted by @alecmonopoly is my $500k Christmas present. Thanks to the kind hearted CEO of @mostvaluablepromotions for the belt. It’s hand painted by one of the greatest artists of our generation and features a Hermes Birkin bag sewed into the side as well as a diamond Cartier and Rolex watch. 2 days until the fight. Press conference now🙏🏼🤞🏼Tune in.”