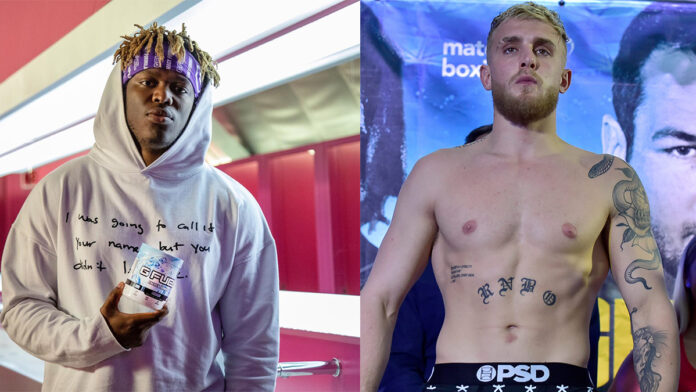 Jake Paul has responded to KSI after the Englishman offered to have Paul’s fight against Tommy Fury as a co-main event on his card on August 27th.

The English YouTube star, whose real name is JJ Olatunji, responded to a tweet from Paul which read: “Tommy, no matter how hard u try to get out of this fight, I’m going 2 do everything in my power 2 not let u weasel ur way out. My team & my partners have made it clear the steps u need to take 2 solve ur latest excuse. Take them or admit ur a scared little bitch. #TommyFumbles”

KSI then offered his card as a potential solution to their problem, explaining: “Clearly your card is dead in the water at this point. So lemme give you a lifeline. If you TRULY want to fight Tommy, fight on my card as the co main event. I’ve got everything set up for you. Best believe you owe me though. Ball is in your court. #ItsAWinWin @tommytntfury”.

He then added: “You can bring [Amanda] Serrano with you too. Can’t say I’m not generous.”. KSi is set to take on fellow YouTuber Alex Wassabi for what will be his third professional fight after two wins against Logan Paul, with whom he is now a business partner.

However, brother Jake is not a friendly with the Englishman, stating his position by saying: “I play chess, u play checkers. Ur opponent is repped by me & I know a lot more about ur biz than u would like. Ur not on my level in boxing or the boxing biz. Out of respect for my client, I’ll let u keep chirping away like a canary. You & Fury r both big mouths, w/ small sacks.”