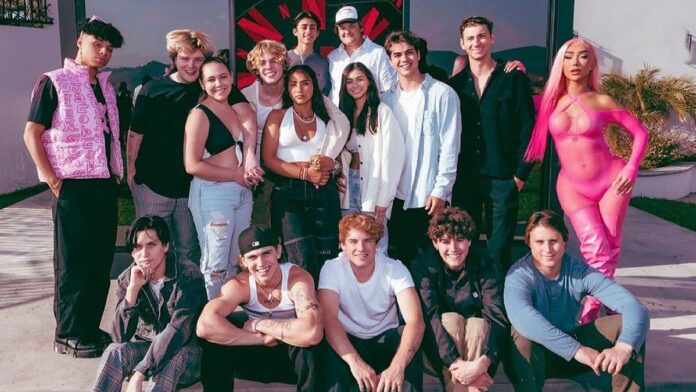 The video-streaming giant Netflix has finally released the official trailer of the most-followed popular TikTok group The Hype House which will be an unscripted reality series showing an unseen side of some of the biggest social media influencers.

Hype House dated to be released this January 2022 has its first trailer released by Netflix. It follows a bunch of young influencers who made a name for themselves by creating content together in a lavish villa.

After months of teasing, Netflix shared the first trailer of the Hype House Netflix show on the 25th of December. The air date of the series is schedule to be 7th January 2022.

The two-minute-long trailer featured some of the popular influencers from the Hype House — Vinnie Hacker, Chase Hudson a.k.a. Lil Huddy, Nikita Dragun, Alex Warren to name a few.

The trailer showed a glimpse of the series with laughs and lots of drama among the members about business as well as personal relationships. Though fans were excited about the reality show on Netflix, comments under the post said otherwise.

While the announcement of the show, Netflix mentioned that the series will include ‘the stories of the most popular personalities on social media as they come into their own, fall in love and tackle the next stage of their lives.’