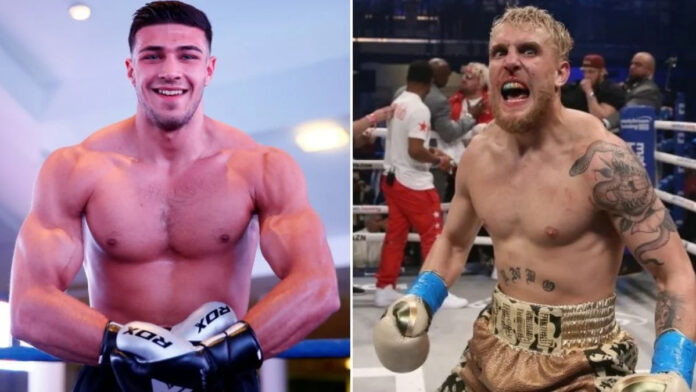 Jake Paul was supposed to take on Tommy Fury in a highly anticipated boxing bout on December 18 in Tampa. Florida. However, the fight will not come to fruition as Fury withdrew due to a bacterial chest infection and a broken rib.

Paul recently revealed that he is not keen on giving Tommy Fury another shot. According to the YouTuber-turned-boxer, ‘TNT’ blew a chance at having the biggest payday of his life and will have to go through “20-30 more” fights for another opportunity. ‘The Problem Child’ recently told TMZ Sports: “I don’t know. I don’t if I want to give him it anymore. I might just leave him in the dust. And this was the biggest opportunity of his life. So it might be a little cynical but I think it’s gonna be fun to not give that chance again. And he’s gonna have to fight 20-30 more times if he wants to get that same payday. So good luck. Good luck.”

“The good news is that Mr. Tyron Woodley, we called him up and we were like, ‘Hey, you want to take the fight?’ He has been training. He goes, ‘Sure, I’ll take the fight, let’s do the rematch, run it back.’ I’m giving him $500,000 extra if he can knock me out. Jake Paul vs. Tyron Woodley 2. Leave no doubt. I didn’t knock him out the first time, I’m coming back and I’m getting that crazy W, the crazy highlight-reel knockout. Dec. 18, the show must go on, I’ll see you guys there.”